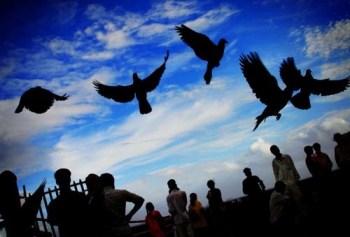 For Twitter newbies and pros alike, a wealth of apps have cropped up over the past year with scarcely any way to search through and elevate the best of the pack.

So Twitter for Dummies author Laura Fitton is launching oneforty today, a store for third-party applications. Users can tag, sort and review a little over 1,300 apps while each application gets its own page where people can add comments and screenshots. Because so many apps are free, Oneforty’s less a store and more a community-edited directory. VentureBeat readers can get an invite code and sign-up here.

The most popular apps on the site at the moment are URL shortener Bit.ly, which is responsible for compressing links on Twitter, Twitter client Tweetie, and WeFollow, which is a directory of people to follow. Developers can register with the site and “claim” apps so they can manage their page.

Oneforty, which takes its name from Twitter’s 140-character limit, will earn revenues by keeping a share of an app’s price (so free apps obviously won’t have to pay a transaction cost). They’ll also offer paid spots on the site to promote apps, which will be marked as sponsored placements.

There are plenty of lists and rankings online for third-party applications and Twitter has a directory, but the user reviews and ranking should go a long way here. 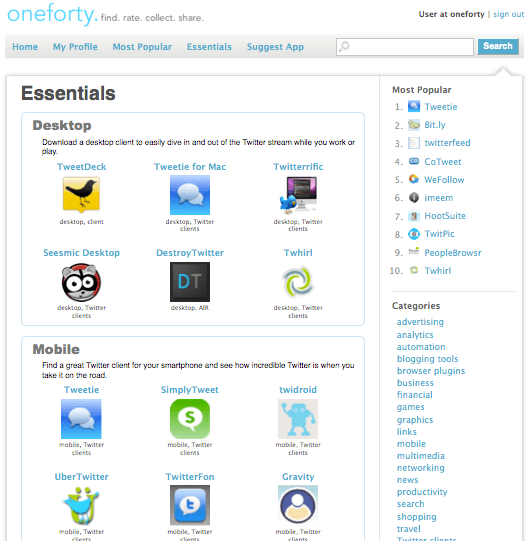