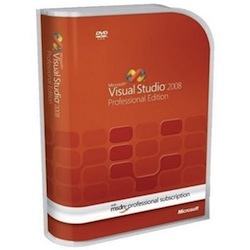 I guess giving software away is working out for Microsoft. The company just announced its third “Spark” program, providing free software and services: WebsiteSpark, a program for small web design companies.

WebsiteSpark looks like it’s modeled pretty closely on BizSpark, its program for startups (which sponsors VentureBeat’s Entrepreneur Corner), and DreamSpark, its program for students. Participants must have less than 10 employees and build websites on behalf of others. If approved, they’ll receive copies of design software Visual Studio 2008 and Expression Studio 3 for free, as well as free licenses for Windows Web Server and SQL Server. If the company makes it for three years, it “graduates” from the program and owes Microsoft a $100 fee.

As with the other “Spark” programs, there are non-tech components too — there’s free product support, and referrals to new customers through Microsoft’s partner program.

With BizSpark, Microsoft was reaching out to a startup community that sometimes viewed the software giant with skepticism and suspicion, especially in Silicon Valley. (Presumably Microsoft will make much more money down the road from the startups that become big businesses.) Now it’s trying to do the same for designers, another community where Microsoft hasn’t built the strongest relationships.

The legacy of the Spark programs is to look at key communities and address the needs within. With DreamSpark, the focus has been on helping students expand their skills, and there have been more than 2.6 million software downloads from the DreamSpark site since the program’s inception. BizSpark focused on entrepreneurs and startups, of which more than 20,000 have enrolled in the program’s first year. Now with WebsiteSpark we’ve created this triumvirate of programs geared toward providing the support tools and resources small Web development shops need. What sets this program apart from the others, however, is the business development component we will be providing through the WebsiteSpark marketplace.