(Editor’s note: Joshua Goldstein is a technology consultant and writer who, until recently, lived in Uganda. He submitted this column to VentureBeat.)

It would be easy to conclude that Africa is entering the golden age of mobile innovation. In Kenya, mPesa, a Safaricom service, allows users to send money anywhere in the country via mobile phone at very low rates.  Next door in Uganda, rural users out of reach of the Internet can use a new SMS-based service from MTN, Grameen Foundation and Google to trade goods, search the Internet and query local reproductive health and agriculture information. 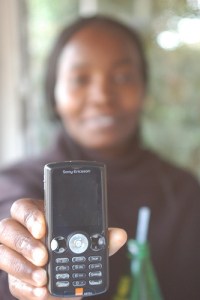 These services, however, represent a trickle of innovation where there should be a downpour. The source of this sluggishness is the structure of African mobile phone networks, which discourage entrepreneurs from quickly and cheaply creating, testing and deploying applications.

Mobile networks are costly in Africa. The price of sending SMS texts is kept high by a combination of high taxes, interconnection fees and network provider choice. And because mobile networks are closed, no one can deploy a new application without the network expressly adding it to a consumer package.

In Uganda, for example, the cost of a user-to-user message is 5 US cents. A premium message (any message not sent from a single user to another) is 10 US cents, despite high levels of competition and low cost.  Since it’s rare for a mobile network to grant a discount to a premium service provider, entrepreneurs must attempt to scale in an environment where, according to ResearchICTAfrica, the average Kenyan already spends over 50% of her disposable income on communication. This is not a promising environment for innovation.

This means that many new ideas will never reach the market, not due to engineering challenges, but because of the underlying cost structure of SMS.

What are we missing out on? In Kenya, txteagle, an application developed by MIT researcher Nathan Eagle, allows companies to crowdsource translation tasks to users via SMS. In Uganda, Appfrica Labs, a local software company, is creating status.ug, a mobile social network to connect the six million Ugandans using mobile phones (full disclosure: I am currently an Appfrica Labs Fellow).

The high price, coupled with the fact that entrepreneurs must spend time lobbying mobile providers for partnerships, means applications like these face difficulty scaling.

There is some hope for entrepreneurs. Mobile companies and regulators around the developing world are recognizing the “economics of abundance”—that more users at lower prices will result in more revenue.

In the Philippines, for example, mobile providers charge less than 1 US cent per SMS on average, according to telecom expert Steve Song.  What is striking about this is that they manage to generate three times the revenue per capita from SMS traffic than South Africa (where the average SMS costs over 9 US cents) does.

Also, in Uganda, for the first time in the telecom industry’s history, MTN agreed to lower the price of a premium SMS to 5 US cents for Farmers Friend, one of the newly launched Grameen and Google services, aimed at poor farmers.

Whether this is the exception or the new rule is difficult to tell, but what is clear is that in an age of mobile innovation, network providers must choose whether they want to benefit from the downpour or be satisfied with only a trickle.