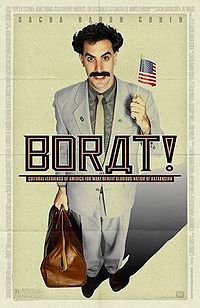 IBM keeps pushing into emerging markets in an effort to encourage startups and technology adoption around the world. Today, it is announcing it has opened a Linux innovation center in Kazakhstan, the nation made famous by Sacha Baron Cohen’s comedy movie, Borat.

IBM is betting that places like Kazakhstan will eventually see growth as vendors spread their wares around the globe and local businesses move onto the Internet. Linux is a perfect fit as far as encouraging low-cost technology in these areas. The center will be in Astana, Kazakhstan, the capital of the country.

Part of the continuing goal is to bridge the “digital divide” and fuel future economic growth. Inna Kuznetsova, vice president of systems software, marketing and sales enablement at IBM, says the center will support regional software vendors and IBM business partners as they localize their applications. It will develop prototypes of e-government services and work on e-learning solutions as well.