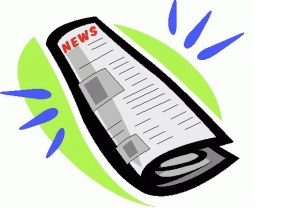 In the news business, there’s something called an embargo. That’s when a company, usually through a public relations person, gets an agreement from a writer not to publish a story until a certain time. The writer is then allowed access to people and information to craft the story prior to the time the embargo lifts. A writer might spend all day Monday writing a story that’s embargoed until Tuesday morning, when more people will read it.

In the horse and buggy days, there was a clear understanding about the ground rules for these embargoes.

On the Internet, though, the real-time nature of publishing and the rise of self-published bloggers and Tweeters has led to what seems like an infinite number of publications, each with different policies about how they deal with embargoed news that lands in their inboxes. So I think it’s important to explain VentureBeat’s policy on embargoes very specifically.

We embrace embargoes, and we hold to them fastidiously.

Why? Because the lead time granted to writers by an embargo gives companies an easy way to get their news published at a time that works for the company, while also giving writers a chance to research the story and write it well. The embargo period gives writers a chance to interview the company, do some quick fact-checking, and take some time to review their work.

If companies simply releases news with no care to timing, writers attack the news like a pack of piranhas. That often results in blood everywhere: Writers scramble to hit the publish button within five seconds (and I’m not exaggerating here; writers want to get credit for having the earliest story, and it gives their stories more juice among search engines and other news aggregation services, such as Techmeme). End result: Mistakes are made, and companies feel misunderstood, frustrated or burned.

What’s not to love about the embargo?

At the same time, I can understand why TechCrunch and the Wall Street Journal have abandoned embargoes. They are making calculated gambles that they can be the biggest players in their game, and they see little to gain by sharing the story. Their no-embargo policies are meant to force companies to give them stories as exclusives, rather than risk having TechCrunch or the Journal not publish their story at all.

For a majority of news events, though, companies can get the maximum distribution by sharing news with a number of different outlets. The most effective way to get this broad distribution is by setting an embargo. To be clear: VentureBeat loves to get scoops, and we’ll continue to devote more resources to stories we know we carry exclusively. But this doesn’t mean we reject embargoes.

Despite our acceptance of the embargo, we’ve made some silly mistakes in our short life as a publication. Last year, we didn’t realize that our WordPress software didn’t adjust to account for Daylight Savings Time. So we posted a few stories at 9pm, and only later realized they were actually showing at 8pm. (Yes, we really did post an hour early for a few days. We’re that dumb.) And there have been three or four times we’ve broken an embargo either by misunderstanding or sheer human error (for instance, we broke the Microsoft Hohm story when one of our writers forgot the embargo time). However, in each of those cases, we’ve immediately pulled the story (the Hohm case included), and we’ve apologized to our sources.

The odds of these mistakes happening are pretty small, though. We’ve held to literally thousands of embargoes. And when an embargo agreement is clearly stated by the company, and accepted by our writer, the chances of a misunderstanding are almost zero.

Finally, there are times when a PR person initially shares news with us under embargo, but then the story shows up on a competing publication before the embargo’s end time. Sometimes, this results from an honest mistake. These mistakes have happened at every publication I know.

But other times, it’s clear a PR person or company executive has broken the embargo on their end, by giving one publication the go-ahead to publish ahead of the embargo time to which we have already agreed. Here’s our policy: If a PR firm or company shows repeatedly that it can’t be trusted to hold other publications to the same embargo time given to us, then we won’t accept embargoes from them anymore.

For everyone else, we’re happy to honor embargoes, for the simplest reason of all: We end up with better stories.