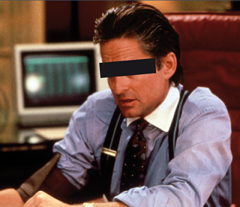 When Twitter announced its latest round of funding on Friday, it oddly left out one investor: Morgan Stanley.

The investment bank put less than $10 million into the financing round that reportedly valued the company at $1 billion, according to The Wall Street Journal. (Twitter later added the investment bank’s name to the roster of investors in its blog post).

Guess this means Morgan Stanley didn’t put too much stock in the “Teens don’t tweet” report its research department released earlier this summer.