GM ends its experiment with selling new cars on eBay — The General committed seven weeks to testing eBay as a sales channel for new cars in California. Neither company has a lot to say on the record, but the Wall Street Journal reports that dealers were put off by buyers who sat at home, or at Starbucks, and lobbed lowball offers for cars posted on eBay. Car salesmen and saleswomen still pride themselves on their ability to sell cars and make money one-on-one.

Two-thirds of Americans object to online tracking — I normally skip these surveys, but New York Times advertising reporter Stephanie Clifford says that this study is “the first independent, nationally representative telephone survey on behavioral advertising.” Still, we know that what people say they care about, and what they really care about, are often two different things. Will Americans actually do something to push online trackers off the Net? I think instead they’ll raise complaining about it to an art form.

Ruby-on-Rails startup FiveRuns has been acquired by Workthink — FiveRuns, which built a fashionable software-as-a-service monitoring system for websites built with the fashionable Ruby-on-Rails platform, may have burned through its $9 million from Austin Ventures. We still aren’t sure what Workthink does. Anyone? 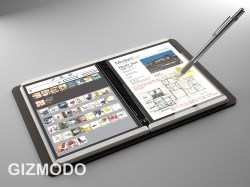 Microsoft video of its latest tablet PC design leaked online — Courier is a real device, Gizmodo reminds us, not a concept video. But there’s also a concept video that shows how Courier is designed to mimic popular uses of paper notepads, crossed with interactive interfaces and smart little apps that designers hope will lead people to trust these things as personal assistants.

My brain has already trained itself to sleep through my BlackBerry’s alarm clock, so I’m looking forward to Courier as a future challenge. I can’t wait to go head-to-head against a day planner with an attitude. 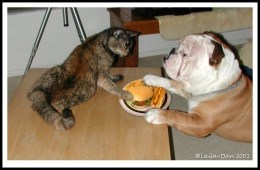 Peter Kafka responds to my response to his response to Yahoo’s new ad — I wept softly at its beauty and its pull at my longing for a better life. MediaMemo pundit Kafka felt it did nothing for Yahoo. Here’s his latest email to me, which we’re sharing as is because we don’t have time to edit yet another post tonight.

From: Peter Kafka
To: Paul Boutin

watch the yahoo ad again, but instead of “you” or “yahoo”, insert just about any product, commodity or company: Cotton. Cargill. Jello.
See? It’s a generic ad. Doesn’t make me feel anything particular about big purple.

Now, ambiguous, generic ads *can* work, but they have to at least feint in the general direction of the product/brand/service. See, for instance, nearly every nike ad ever made. Have you seen the new one? Where adrian peterson is some kind of lizard/alien player, except in black-and-white olden times? No idea what that’s about, except I know that Adrian peterson is awesome, and he does sort of seem like an alien, and of course hed wear nikes because he is so… Awesome. Or whatever.