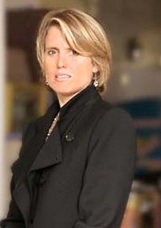 Four months after Federated Media founder and chief executive John Battelle said the company was looking for a new leader, the Sausalito, Calif, startup (which sells advertising for more than 100 online publications, including VentureBeat) is announcing online media veteran Deanna Brown as its president and chief operating officer.

Brown was most recently the president of media company Scripps Networks. She also founded CondeNet, the online division of publisher CondeNast, as well as Powerful Media and Gaming Industry News.

When Battelle announced the search, he said he wanted someone to handle Federated’s day-to-day operation while he focused on long-term vision and working with major clients. So even though Battelle is keeping the CEO position, it sounds like he’ll be stepping back a bit.

I’ve asked Federated for updates on how their business is doing, but haven’t heard back yet. The company laid off seven employees at the beginning of 2009, but also said a new focus on “conversational marketing” (as opposed to standard display advertising) would lead to continued growth.

Update: Here’s what Federated’s Matthew DiPietro says about the company’s year so far:

Can’t speak to numbers specifically, but we are having a very strong year and we feel very, very good about the position we’re in. We’ve made major inroads with large consumer brands. We’ve been up year over year since the beginning and we aim to continue that trend…