Editor’s note: Brian doesn’t like labels — when they’re applied to him or to other people. He thinks it’s time to drop the stereotypes. I’ve been called a number of stereotypes — from sports guy to game nerd. Do these labels bother you? -Jason 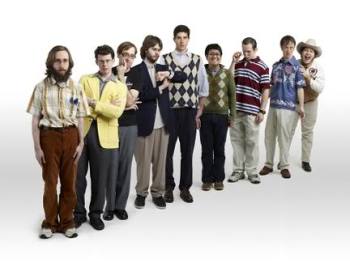 Over the past few years, I’ve noticed a disturbing trend in video game publications — the interchangeability of the terms “geek” and “gamer.” It’s not that I have anything against geeks or people who refer to themselves as such — it’s just that I’ve never thought of myself as one. I prefer to be judged on an individual basis rather than being lumped into some kind of stereotype that includes a broad spectrum of individuals.

Being referred to as a geek isn’t the only term I’m offended by — I also don’t want to be known as a jock, a nerd, a goth, and the countless other stereotypes that exist. You may think that I’m a hypocrite since I sometimes refer to myself as a gamer, but I see that term in a different light.

Unlike the other terms I mentioned, video games don’t encompass my entire life. I often refer to myself as a gamer on video game websites to let people know that I’m not someone who only plays the latest Madden.

So why am I offended by being called a geek? Well, let’s look at Dictionary.com’s first definition: “Geek: a peculiar or otherwise dislikable person, esp. one who is perceived to be overly intellectual.” I believe that this simple definition doesn’t describe me, because I consider myself to be unique, and I certainly don’t think of myself as peculiar.

My interests may be strange to some people, but I’ve never found anything wrong with them. I don’t see anything wrong with being interested in a creative, interactive medium like video games. I also don’t see why it’s strange for me to like music that moves me — whether it be Nobuo Uematsu pieces or songs from a rap artist like Trae. And lastly, I don’t find my interest in history peculiar. Some people may believe that examining the past is useless, but I believe that we can learn something from it. 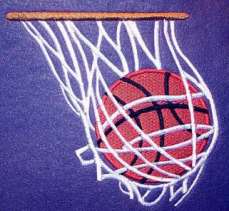 These three interests obviously don’t comprise my entire life, but my point is that I have yet to list something that is peculiar. Playing an interactive video game is no stranger than throwing a round ball through a hoop or running around in circles on a track.

Also, I’d like to point out that I’ve never been referred to as a “geek” in person, but I’ve been stereotyped. When I was younger, someone referred to me as a “momma’s boy,” but that quickly changed after I beat my entire class in an arm-wrestling competition.

After I’d grown into an adult, some people thought I was a thug because of my shaved head and style of dress, but once again, they misjudged me. People have also assumed that I’m a college basketball player or another type of athlete based on my appearance, when in reality, I usually pick up a basketball two times a year.

Even online I still get stereotyped — but in different ways. Oftentimes, when I mention liking a particular role-playing game, I’m referred to as a “Japanophile” or someone that hates American games. Supposedly, this is because I’m playing what these posters call “gay” games. And apparently, liking a game like Tales of Symphonia completely clouds my judgment and leaves no room for liking a Western title such as Mass Effect or God of War 2. Oh, and because I play RPGs, I must be a weak, trench coat-wearing nerd who likes to cosplay. 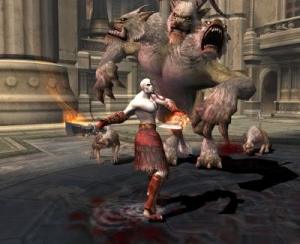 My point is that these kinds of stereotypes are ridiculous. In no way do they define me, and I don’t think they’re a good descriptor of other people, either. I believe that the same goes for the term “geek.” I can sort of understand why some people would use that term, because it can also mean someone that is deeply interested in something, but I believe that it’s selling people short.

I’m sure some video game journalists and regular Bitmob contributors may refer to themselves as such, but I don’t think that’s what they truly are. Nothing about the people working at Bitmob has made me think they’re weird — I just think they’re people that are passionate about something. They’re actually living their life, unlike people who just follow what society dictates to them. 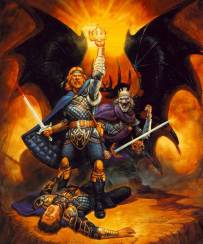 If someone plays Dungeons & Dragons, what’s wrong with that? I’ve never played the game myself, but I don’t see how that’s any less respectable than someone who plays a game of pick-up basketball with their friends at the YMCA. Also, I don’t think being a programmer magically morphs someone into some kind of freak. I have a deep amount of respect for people who develop the variety of applications we use these days, and the video games we play during our spare time. I also see no problem playing a video game set in a fantasy world. So what if the characters are kids or are androgynous — does that mean I’m a sideshow just for playing the game?

By now, I hope you’ve gotten the gist of what I’m trying to say. I’m not trying to hate on people who refer to themselves as geeks — I’m just saying that game enthusiasts such as ourselves are far more complex than the terms we’re typically defined by. We’re also more complex than our physical appearance, and we have more to offer than the video games we play.

Let’s stop selling ourselves short and embrace our individuality.