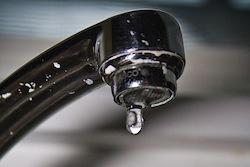 It has been a rough three months for startups hoping to get acquired. Well, it’s been more like a rough year, but there’s new data from Dow Jones VentureSource focusing on the third quarter of 2009.

Overall, venture-backed liquidity (the combination of mergers, acquisitions, and initial public offerings) added up to $2.7 billion, down 49 percent from the same period last year, VentureSource says. It’s even a drop from the $3 billion of venture liquidity earned in Q2.

Things were even worse for M&As, which fell 56 percent to $2.25 billion paid in 71 deals — though the number would have been higher if VentureSource had counted Amazon’s $807 million purchase of Zappos, which hasn’t closed yet. Instead, that should add a big boost to next quarter’s numbers.

On the other hand, IPOs were actually up from last year, with a combined total $451.25 million, the highest since 2007. That’s less exciting than it sounds, since the vast majority of that money came from battery company’s A123’s spectacular IPO, and there were only two IPOs in all. So it’s hard to see the increase as indicative of any big trend, except the fact that big IPOs are still possible. But hey, after the yearlong period (which ended in Q2) of no IPOs , that’s something. 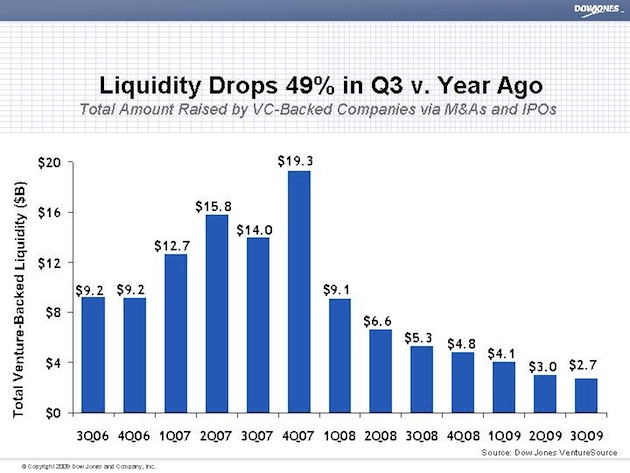