This week in slightly depressing confirmations that the online world is not so unlike the offline one: dating site OKCupid tracked the behavior of nearly 1 million users and found that race is correlated with whether people reply.

“Despite what you might’ve heard from the Obama campaign and organic cereal commercials, racism is alive and well,” wrote OKCupid’s Christian Rudder.

OKCupid’s findings are reminiscent of a well-known economics paper from 2003 when University of Chicago’s Marianne Bertrand and Harvard University’s Sendhil Mullainathan sent out identical resumes to help-wanted ads in Boston and Chicago, but with different names. White-sounding names like Emily were 50 percent more likely to get replies than black-sounding names like Jamal.

There are probably lots of natural race- and gender-related experiments that are happening in online communities around tech start-ups. It would be interesting to see if any other companies (cough, Facebook) start examining their data for these as well. 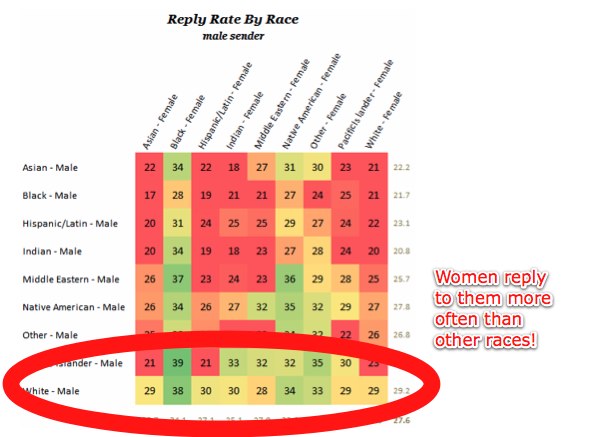 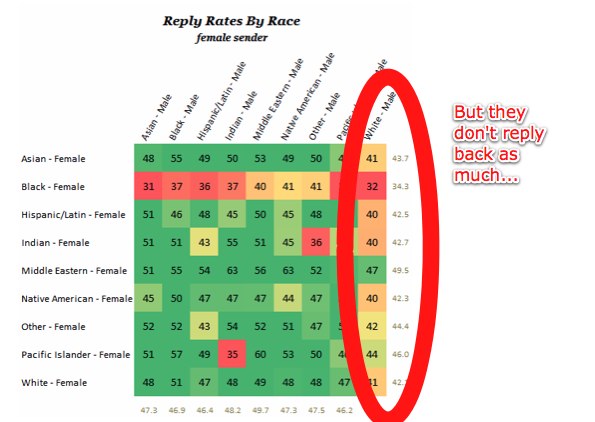