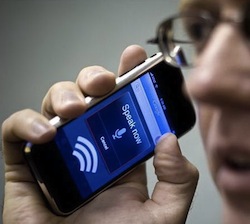 The legal issues continue to grow around Google Voice, the company’s application for directing calls from a single number to multiple phones. The Federal Communications Commission is already investigating Apple’s rejection of Voice (or its “continued study,” to use Apple’s phrase). Now a group of legislators has asking the FCC to investigate Voice itself, specifically its practice of blocking calls to expensive rural telephone exchanges.

Google doesn’t deny that it blocks calls to some numbers that charge carriers higher access fees, such as phone sex and conference call lines, according to Dow Jones Newswires, but it says Voice is exempt from the normal rules because it’s free, and because it can only be used if you already have a telephone line. (So even if Google Voice blocks a number, you can still get there via your traditional phone line.) Google also told Reuters that normal carrier rules don’t apply because Voice is a web application.

The news has prompted Google and AT&T to trade accusations of hypocrisy. AT&T earlier said it was hypocritical for Google to say it’s advocating for legislation protecting the open web while blocking some calls. Now Google points out that AT&T is itself engaged in litigation around rural call-blocking, and is refusing to pay the access fees while the spat continues.

Update: The FCC will be launching an investigation into the call-blocking issue, according to the Wall Street Journal.