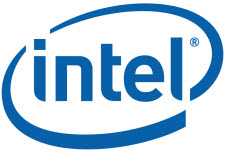 Intel reported strong earnings today for its third quarter revenue and profit thanks to strong sales of microprocessors and chip sets as the tech recovery strengthened. That’s a good sign for the tech industry since Intel’s chips are used in a wide variety of computers and the company is a bellwether for the tech economy.

Intel’s results beat expectations, suggesting a growing optimism about an end to the recession. Some of the recovery is speculative, as manufacturers typically order more in the build-up to the holiday sales. But Intel’s inventories in the quarter were down $315 million, so that suggests that computer makers aren’t ordering too many parts. In after-hours trading, Intel stock is up 6 percent to $20.49 a share, which is near its 52-week high of $20.69 a share.

Paul Otellini, chief executive, said in a conference call that strong consumer sales, particularly in chips for laptops were a big factor in the improvement over the second quarter. Back-to-school sales were better than expected, he said. Sales of enterprise servers were also strong, but enterprise PC sales were weak. He said that the launch of the Windows 7 operating system on Oct. 22 should help drive better enterprise sales in 2010.

Third-quarter revenue was $9.4 billion, down from $10.2 billion a year ago but up 17 percent from second quarter revenues of $8 billion. That second-to-third quarter improvement was the strongest in 30 years. Gross profit margin — the measure of how much money Intel makes on product sales –was 58 percent, far above the company’s own forecast of 53 percent. Net income was $1.9 billion, or 33 cents a share, down from $2.1 billion, or 35 cents a share, a year earlier. But net income was up 77 percent from the second quarter, when profits were $807 million, or 15 cents a share.

“This momentum in the current economic climate, plus our product leadership, gives us confidence about our business prospects going forward,” said chief executive Paul Otellini in a statement.

For the fourth quarter, Intel forecast healthy growth in revenue, which it expects to come in at $10.1 billion, plus or minus $400 million. The midpoint of that forecast would be 23 percent above revenues for the fourth quarter of 2008. Gross margins are expected to improve to 62 percent, plus or minus 3 percentage points. Full year capital spending is expected to be $4.5 billion, down from its previous plan of $4.7 billion, largely due to manufacturing efficiencies. Intel closed the quarter with 80,800 employees, up 300 from the prior quarter.

The fourth quarter will be interesting to watch since Microsoft’s Windows 7 is launching. Michael Dell, chief executive of Dell, has predicted a major upswing in consumer computer demand in 2010 as a result of Windows 7 buying.

On August 28, Intel boosted its estimates for the third quarter because it saw a revival of PC sales. It has boosted its sales target from $8.5 billion to $9 billion (plus or minus $200 million).

It looks like the company’s predictions have been accurate so far this year. Chief executive Paul Otellini has said that revenues hit bottom in the first quarter and that the computer-based economy is now climbing back up.