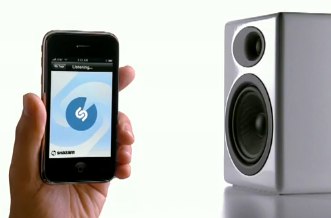 Music is a ridiculously difficult area to make money in. Everyone wants be a part of it — which means there are thousands of entrepreneurs eager to conquer the industry. There’s no rock unturned.

But Shazam looks like one of those rare music-industry breakouts. It’s an application that lets you identify a song by holding your phone up to a radio or other medium playing the song. You can then do things like purchase the song or learn more about the artist or the song’s album. Today the company announced it has gotten a fourth round of funding from one of Silicon Valley’s top investors, Kleiner Perkins.

The investment is Kleiner’s seventh investment from its iFund, the fund specifically earmarked for investments in applications that serve the iPhone. Matt Murphy, the partner leading the fund, told us that Shazam becomes the first late-stage investment to date (Shazam is seven years old, but only recently really took off with the advent of the iPhone application). It is also Kleiner’s first UK investment. Murphy said they invested because of the company’s “terrific” entrepreneur, Andrew Fisher, and because the company promises some “very exciting things coming on the product front that expand the use case and monetization.”

The application is growing like a weed. Shazam says it now has 50 million users, up from 35 million last time in February. More than 10 million of these are on the iPhone. It’s also a popular application on BlackBerry App World, Nokia’s Ovi Store and Google’s Android Market. “Only a handful of apps have achieved close to what Shazam has at this stage of the mobile ecosystem’s evolution,” says Murphy, “and we believe they are in a great position to be the leading mobile app in not only music, but more broadly entertainment and discovery on the mobile device.”

The company has 60 employees and, significantly, it says it is profitable.

Shazam previously raised $18.5 million from DN Capital, FLV Fund, IDG Ventures Europe, Lynx New Media and SoftPark. Granted, that’s a lot of money for a music startup, and so the trick will now be for it to become the huge company it hopes to be.