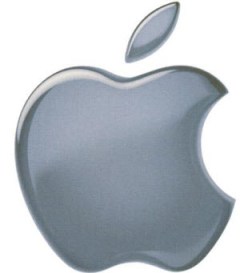 Apple told iPhone app developers today that it will allow the purchase of virtual goods in its free apps on the iPhone and iPod Touch. That’s a big deal that could open the floodgates for the virtual goods model in Apple’s platform.

App makers have been urging Apple to make this move for a while so that it can be as competitive on virtual goods as Facebook has become. This summer, Apple took a baby step. It allowed “in-app purchases,” or purchase of goods from within an app, in paid applications on the AppStore. But it expressly forbade app makers from doing this in free apps.

But now it will allow the purchases of digital goods from within free apps. That’s important to fully flesh out a virtual goods model, where app makers can entice a user with a free app. Then they can design hooks into the free app where they can get the user to purchase a virtual good, such as a better weapon in a game. It thus becomes much easier to convert a freeloading user to a paying user. With this change, Apple enables the “free to play” business model. Facebook app makers such as Zynga have generated tons of revenue using this model, where the user can start playing a game or other app for free and then pay for something only when they want to.

Apple has made a bunch of game makers happy today. Games account for about 20 percent of the more than 85,000 apps on the iPhone and iPod Touch. But those games have not been as profitable as games on Facebook, largely because Facebook allows virtual goods to be purchased from within free apps. This move by Apple puts the iPhone on a better footing, allowing it to create a more viable ecosystem.

Shervin Pishevar, chief executive of social game publisher Social Gaming Network, said, “This is one of the most important announcements to come out of Apple on the iPhone platform. This is a really big deal for us. We were hoping this would happen, but we had no idea when.”

SGN can now go back to its free apps and redesign them so that users can make purchase of virtual goods without ever leaving the environment of the games.