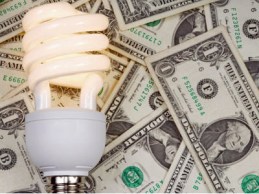 California Governor Arnold Schwarzenegger has been busy this week. Between getting laughs during his Oracle OpenWorld keynote and signing off on a flurry of legislation, he’s quickly redefined the state’s energy policies in bold and complex ways.

In an effort to catch up, here’s a roundup of the top changes he’s made and the ambitious new goals he’s throwing his considerable weight behind going forward. The laws can be sort of arcane for the uninitiated, so here’s a clear explanation of what these new laws are all about.

The governor made good on his promise last month to veto legislation requiring that 33 percent of California’s power come from renewable sources of energy by 2020 (S.B. 14). He chose instead to issue an executive order mandating the same percentage, but not requiring all of this power to come from inside the state (unlike the bill, supposedly). Schwarzenegger and his supporters argued that California doesn’t have the money to build the new powerplants, power lines and other infrastructure needed to generate that much renewable energy.

The bill’s sponsor, Joe Simitian (D-Palo Alto), intended for the legislation to create more jobs in California. In response to the veto, he said the executive order will be harder to enforce than a law coming out of the legislature. He also pointed out that his bill would have allowed for the import of out-of-state energy if it could be transmitted from source to consumer within 24 hours. Those opposing the bill — scaring taxpayers about hiked electricity prices — overlooked these exceptions, Simitian said. He went as far as to say that the next governor could and should easily overturn Schwarzenegger’s decision on the bill.

Allowing consumers to give back … to the grid

As more California residents choose to install roof-top solar panels, and even residential wind turbines, laws dictating how this energy should be channeled back to the grid are becoming increasingly important. To tackle this issue, at least in part, Schwarzenegger signed off on A.B. 920, an amendment to the Public Utility Code that requires electric utilities to pay for power their customers may be generating in their homes. That’s better for consumers: Until now, some utilities gave out credits instead of cash in exchange for this power, which customers could use to offset periods of high energy use in the future — but they lost the credits if they didn’t use them by a certain time. 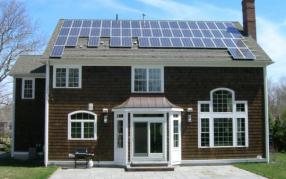 The new law will probably give a nice boost to the residential solar industry, which has been bound up in red tape so far. The power created by rooftop panels will also count toward the 33 percent renewable energy targets the governor has laid out. As a result, a new report issued by Deutsche Bank predicts solar companies in California (and those that supply the state) will hit a phase of sustained profitability — at least for the top several companies.

The most vocal opponent of this bill was Pacific Gas & Electric — somewhat of a surprise considering how progressive it has been in other conservation and Smart Grid efforts. The Northern California utility claimed that if it is forced to pay for excess energy generated by consumers, electric bills for those who don’t contribute power back to the grid will go up. But to no avail, starting Jan. 1, 2011, PG&E and its California cohort will have to defer to the state’s Public Utilities Commission, which will set the rate they will need to pay for consumer-generated wind and solar energy.

A new “feed-in” tariff: Taking a page from Europe’s playbook

California may be the most ambitious state when it comes to reforming energy policy, but it still trails Europe in subsidies and incentives. Schwarzenegger did, however, close this gap a bit by signing S.B. 32, one of several bills that will establish a so-called “feed-in” tariff requiring utilities to buy commercial-scale solar power at fixed, higher rates than they buy traditionally generated power (coal and natural gas, for example) for the next 20 years. In other words, the state is helping solar generators defray the costs of producing power by guaranteeing more revenue. And utilities may not necessarily mind because they’re eligible for subsidies for their investments in renewable energy. This type of solar-support measure already exists in Europe where certain countries have taken a long lead on solar development. Why is it called a “feed-in”? Beats us! That’s just what it’s called in Europe, and we’ve borrowed the clunky name.

This move should be a big win for smaller photovoltaic plants (producing under 3 megawatts) in California. That said, both Spain and Germany have both had to roll back their feed-in tariff policies after they led to saturation in the solar market. The countries say they will cut rates or selectively apply regulations for solar energy just enough to fix the situation without harming the industry’s growth. This is something for California to watch out for — the U.S. is already seeing prices for solar equipment drop because there is too much supply. Artificially supporting more small solar players could actually work against the industry’s progress.

Making it easier for renewables to use public land

In addition to all the legislative action, Schwarzenegger signed a first-of-its-kind “memorandum of understanding” between California and the federal government, shortening the process renewable energy companies must undergo to build on publicly-owned land. U.S. Interior Secretary Ken Salazar also signed the document, expediting development of 30 solar, wind and geothermal projects that have been in California’s hopper for a while. All of them are looking to break ground as soon as possible in order to be eligible for federal stimulus dollars (preference is being given to shovel-ready candidates).

This is a power play for Schwarzenegger, who has expressed much frustration about how long it takes for renewable energy developments to move from planning to construction phases. Speeding up the 30 projects, amounting to as much as 700 megawatts of energy, will also go a long way toward hitting the new 33 percent renewable energy source target.

The Department of the Interior will now be intimately involved in reviewing and approving applications for renewable projects on public land. It will also team with California’s Natural Resources Agency to designate which zones are ripe for energy facilities, and which zones must be conserved — also helping to sort applications much more quickly. Interestingly, immediate preference will be given to solar applicants.

Shifting gears from sweeping policy changes to a more niche issues, Schwarzenegger took on large “energy-guzzling” televisions, today, throwing his support behind a ban on big-screen plasma TV sets measuring more than 40-inches wide. These entertainment systems are said to use as much as three times the energy consumed by the average-sized television.

It might sound bizarre, but some energy analysts say stopping sales of these TVs could cut California’s energy expenditures by $8.1 billion dollars over the next 10 years. About 10 percent of the energy used in California residential areas goes to powering its 35 million televisions. 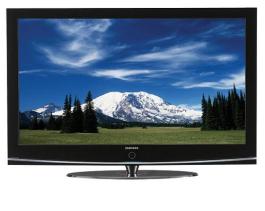 The measure, introduced by the California Energy Commission, obviously rubs electronics makers and the lobbying Consumer Electronics Association the wrong way. Their argument: Consumers that already own supersized sets will be penalized during already difficult economic times. But this doesn’t seem to be a reasonable rebuttal, considering that the commission is only proposing to yank 25 percent of the sets currently being sold out of stores. Other replacement efforts will be voluntary, it says, without regulators truly cracking down until 2013. The issue will likely come to a vote on Nov. 4

One group stands to benefit greatly from the new restrictions: makers of light emitting-diode television makers. These models are said to cut energy use by two-thirds in some cases, making even those screens larger than 50 inches across more efficient to run than their much smaller plasma and liquid-crystal-based peers.

There you have it. It keeps California on the leading edge of Green. Now the spotlight turns back to Washington!

VentureBeat is hosting GreenBeat, the seminal executive conference on the Smart Grid, on Nov. 18-19, featuring keynotes from Nobel Prize winner Al Gore and Kleiner Perkins’ John Doerr. Get your early-bird tickets for $625 before Oct. 31 at GreenBeat2009.com.