Editor’s note: This story is part of our Microsoft-sponsored series on cutting-edge innovation. 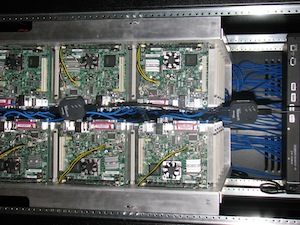 Several bedrock assumptions in modern computing are crumbling. Individual processor cores no longer double in speed every two years. Netbook PCs are as inexpensive as smartphones. Scientists and gamers now use the same computing hardware and tools. A single, massive cloud data center or a petascale high-performance computing system contains more computers than the entire Internet did just a few years ago.

Change always brings opportunity, and today’s opportunities to improve computing extend from the transformative effects of manycore parallelism on platforms and applications to massive cloud computing systems and diverse clients that will deliver a new generation of experiences via natural user interfaces.

As the head of Microsoft’s eXtreme Computing Group (XCG), I’ve been working to accelerate that change – in hardware, systems, platforms and applications. By extreme computing, I mean moving beyond some of our current limits and reshaping our fundamental assumptions and practices, including computing on a massive, unprecedented scale.

Microsoft’s software plus services business now depends on an ever-expanding network of massive data centers: hundreds of thousands of servers and many petabytes of data. What are the best ways to minimize total cost of ownership, ensure environmental friendliness, and support both current and emerging applications for a broad base of software developers, enterprise customers and startup companies?

Rather than exploring the many areas of data center hardware design – packaging, power, cooling, processors, storage, interconnects – in isolation, we are approaching data center design holistically, and building large-scale prototypes to test new ideas. Examples include exploring very low-power processor, node and package designs that can operate anywhere in the world with little or no cooling and that are factory sealed and over-provisioned for maintenance-free operation throughout their useful lifetimes. It also includes exploration of higher bandwidth, lower latency networks that support rapid application provisioning and load balancing for technical computing and web services, along with programming models to simplify application distribution within and across cloud data centers.

Combining these capabilities would result in eco-friendly data center designs with low carbon footprint that are cheaper to build and operate while also being more reliable. It would also allow us to develop web applications and services that adapt more rapidly and effectively to changing consumer and business demands.

Data centers are only one of the enabling technologies for a new generation of rich applications and experiences. More broadly, client plus cloud, multiple screens and the cloud, and natural user interfaces (NUIs) are all different perspectives on a single notion of anywhere, anytime computing that anticipates and empowers, learns and assists, engages and follows using diverse multicore computing devices, sensors, actuators, knowledge bases, services and interfaces. These are the “extreme applications” that will extend the Windows, Icons, Menu, Pointing Device (WIMP) metaphor, making computing more accessible and ubiquitous.

For example, imagine an intelligent assistant that helps you manage family, social and business activities. Whether reminding you to leave early and stop at the cleaners on your way to the softball game, negotiating a meeting with your collaborators in Europe and Asia, or informing you when and where you last met some of the professional colleagues you encountered at a trade show, your assistant is unobtrusive but supportive. It recognizes your voice, gestures and even your emotional state, using sensors and multicore processors for real-time speech and motion detection.

Your assistant can also interact via photorealistic, three-dimensional avatars that are rendered using graphics accelerators and rich models of behavioral physics. It also mines data from your secure cloud information store and activities, responding to intent, launching computations on your behalf, and moving seamlessly across the diverse computing devices in your environment.

The enabling technologies for this vision include new manycore applications that combine client capabilities and cloud services at unprecedented scale, as well as new operating system technology for heterogeneous manycore systems. They also include security protocols and frameworks for cloud data management, privacy, confidentiality and reliable security in multi-party activities, as well as mobile context and predictive behavior models that learn and adapt.

Working in partnership with Microsoft Research, Microsoft product groups and industry hardware partners, the XCG is exploring these and other ideas and building a range of prototypes (one prototype, based on Intel’s low-power Atom processors, is pictured above). Some technologies from XCG prototypes are already being incorporated into Microsoft products; others are still in development.

The common theme across cloud infrastructure, system software and tools, multicore applications and security and behavioral models is the intertwined and interdependent nature of computing’s future. It’s no longer about isolated devices or single users. It’s about the revolutionary experiences enabled by combining multicore, clouds and natural interfaces to empower individuals, groups and societies.

Imagine accelerated biomedical discovery and personalized medicine where desktop tools scale seamlessly into the cloud and execute complex models on thousands of cores against petabytes of data. 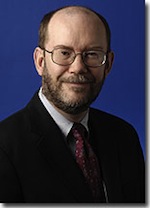 Imagine an office, a home and a car that understand your activities and assist rather than react.

This is a possible future. This is extreme computing.

Dan Reed is Microsoft’s Corporate Vice President of Extreme Computing and a frequent government advisor on science and technology policy. Contact him at reed@microsoft.com or his blog at www.hpcdan.org