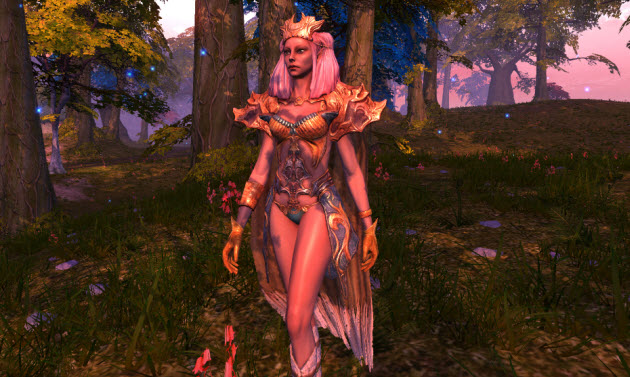 Trion World Network, a high-flying online gamer publisher that has raised more than $100 million, is in the midst of executive changes.

Trion is making a series of massively multiplayer online games with a new kind of server technology. The Redwood City, Calif.-based company has hired two game veterans and lost two executives as well. The comings and goings are significant, since Trion is being closely watched as one of the biggest bets on new technology in the game industry.

Scott Hartsman (left), a veteran MMO developer, has also joined Trion as chief creative officer and head of the company’s studio in Redwood City. That studio is making the company’s first announced game, Heroes of Telara, a fantasy role-playing game. He previously co-founded social gaming company Ohai in early 2008, but he left that job in July. Before Ohai, he had created a number of MMOs at Sony.

Meanwhile, Trion lost its vice president of technology, Jay Lee. And back in April, co-founder Jon Van Caneghem left the company. Lars Buttler, chief executive of the company, said in an interview that the changes are all about building the right team at Trion to execute on its plan of publishing multiple MMOs. But he declined to say why the executives left.

Besides Heroes of Telara, Trion is working on a sci-fi MMO game in concert with the Sci Fi Channel, which is developing a related TV series. The company is also working on another, unannounced game.

Reid said in an interview that he was drawn by the opportunity to make a big bet in MMOs. “There hasn’t been a new way to build MMOs in the past four or five years,” he said.

Hartsman said he has worked with many of Trion’s employees in the past and was excited about joining a team filled with game industry veterans working on major projects. Reid declined to say when the company’s games will ship, but he said, “2010 will be a big year for us.”