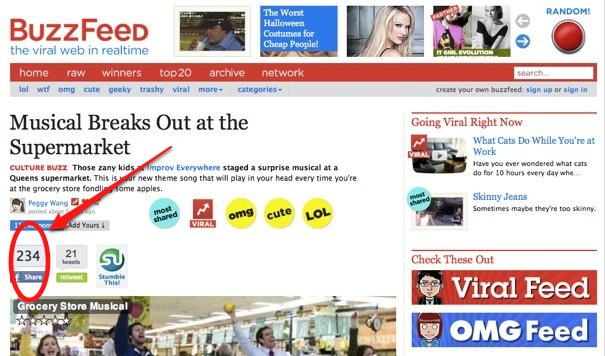 Facebook is overhauling its sharing features, bolstering the company’s position as an emerging content hub for the web. The company’s launching a new share button (similar to Tweetmeme’s retweet button) that will show a live counter on how many times a piece of content has been shared on the social networking site.

It’s also releasing new analytics for publishers to show how many people shared the link, “liked” the story, commented on it and clicked on the link. The idea is to set up a virtuous cycle that makes the information passing through Facebook more interesting and relevant for users and in turn, to drive traffic back out to partners. Facebook is growing in stature compared to destinations like Google news search for content aggregation — two billion pieces of content are shared each week.

Facebook said that tech news aggregator Techmeme is already using its analytics data for choosing the top stories. URL shorteners bit.ly and awe.sm are also making use of Facebook’s data for looking at URL traffic and giving publishers better analytics.

The team at awe.sm, in fact, built their own unofficial Facebook sharecount button earlier this year — so Facebook’s learning from its community and bringing some highly demanded features in-house.