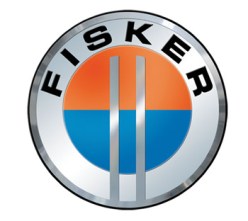 There’s no greater sign that the automotive old guard is on the decline than one of the hottest new green car companies buying up its old factories. Irvine, Calif.-based Fisker Automotive is expected to announce plans tomorrow to overhaul a 52-year-old General Motors plant in Wilmington, Del. into a facility to churn out hundreds of plug-in hybrid-electric vehicles, starting in 2012.

Vice president Joe Biden is slated to make the announcement — apt considering the facility is located in his home state of Delaware. The news slipped out via a source in his office. It’s somewhat of a big deal for the state, which closed its last traditional auto plant in July — supposedly marking the end of the industry there, and laying off more than 1,000 workers. Fisker’s decision to resuscitate the building — which was most recently used to manufacture the Saturn Sky and Pontiac Solstice — should return a fraction of those people to work.

The plant is the keystone of Fisker’s now hyped Project Nina — its strategy to roll out 100,000 $48,000 mid-size plug-in hybrids for the mass market within the next three years. These cars are meant to be the middle-class supplement to its $87,000 luxury sedan called the Karma. To make this a reality, it will funnel the $528 million in stimulus loans it just received from the Department of Energy. The company is essentially betting its very existence on this plan. If Project Nina doesn’t take off, Fisker could be left with a hefty, unpayable tab.

Fisker is couching the cars turned out under Project Nina’s banner as an affordable green option. But, similar to Tesla’s “more affordable” Model S sedan (coming in at over $50,000), this seems like a far fetched label. Fisker has boasted a $7,500 tax credit with purchase of its new vehicle, but even then the price would still hover over $40,000 — not a huge selling point when consumers are already pinched on discretionary spending and more often than not looking for cars with sticker prices between $15,000 and $30,000.

Fisker is trying to downplay this discrepancy with the claim that the cars will eventually pay for themselves in saved gas expenditures. But when you do the math, as BusinessWeek has, it turns out that it would take more than ten years (assuming the cars get over 100 miles per gallon) to make up for its initial investment. Given this data, Fisker might have no choice but to give up on marketing its Nina vehicles to the upper-middle class — those that fall between the average family and the average Karma buyer. Its founder, Henrik Fisker, has so far been reluctant to shift the company’s message in this direction.

Fisker ran into some trouble earlier this month after it received its huge loan from the Department of Energy. Some critics pointed to the fact that former vice president Al Gore is an investor and may have swung the government in the company’s favor. Other have been generally rankled that both Tesla and Fisker have been the recipients of federal millions even though they make cars that will be unaffordable for most Americans. Both companies have yet to smooth over these rough spots in their public image — and as it stands, it looks unlikely that the release of their so-called “more affordable” sedans will do anything to change that.