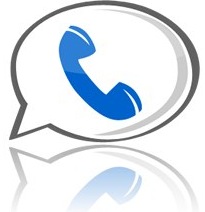 Google Voice is one of the coolest new technologies to emerge in the last year or so, but it has one big drawback — you need to switch to a new phone number, which always involves annoyance and confusion. Except now you can skip all that, by enabling Google Voice with a phone number you already use.

So does that mean all those early Voice adopters who switched numbers are chumps? Maybe not. Vincent Paquet, one of the Google Voice product managers, says using Voice with an existing number means using a “lite” version of the service, where you mainly get to use Google’s voicemail service. Anytime someone leaves you a voice message, it gets stored in your Voice account, where it’s transcribed.

Using this stripped-down version means you lose some of the most impressive features, namely the ability to have one phone number directed to all your phones in a manner of your choosing. But I only have one phone that I use all the time (which is why it would be such a pain to switch numbers), so it’s the voicemail functionality that I care about.

Paquet notes that you can use this feature with an existing Google Voice account too, so if someone calls your old phone number, those voicemails still get stored and transcribed in your account.

All in all, this sounds like enough to make me a Google Voice convert. Except, unfortunately, this news doesn’t bring Google Voice to any new devices, which means I still can’t use it on my iPhone. Drat.