(Editor’s note: Bernard Moon is vice president of the Lunsford Group. He contributed this story to VentureBeat.)

When I was a kid, Atari dominated the gaming scene. Sure, Mattel’s Intellivision and Coleco’s Colecovision had their loyalists, but to the general public, when you mentioned video games, Atari was the name that sprang to mind. 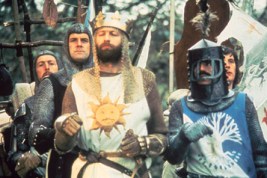 The company maintained that status for years, but as competitors like Nintendo and Sega became part of the industry, Atari quickly fell from its perch as gaming’s “must have” system to a nostalgic memory.

Sustaining a leadership role is a Herculean task. Once your product becomes a “must have,” how do you keep it that way for over a year? Five years? A decade?

Just like the music industry has one hit wonders, the business world is littered with product fads that were, at one time, must haves.  Remember the Pet Rock? Cabbage Patch Kids?  Or, if you’d like a more recent example, there’s Crocs. The company reported profits over $168 million in 2007 and then a $185 million loss in 2008.

Others? Kozmo.com, which promised free one-hour delivery of anything from DVD rentals to groceries, raised over $280 million in 1999 and landed a $150 million promotional deal with Starbucks.  It was a “must have” service in NYC, but made costly expansions into less dense metro areas and liquidated by 2001.  Friendster launched in 2003 with a lot of fanfare as it paved the way for the new age of social networking.  Within two years, it was the ugly, unwanted pet that seemed to be consistently down or besieged with long server delays.

The fall from grace can be quick – and ugly. Brian Kellner knows this well.

Back in the days before the majority of malware came from websites and links to them, there was an opportunity for different kinds of anti-malware products. Kellner, now Newsgator’s VP of products, was vice president of enterprise products at Webroot in the 1990s:

“Webroot was one of the first two companies to release an enterprise anti-spyware product at a time when Internet Explorer had a lot of vulnerabilities and anti-virus companies didn’t catch spyware;” he says. “The product was tremendously successful because it really hit the pain avoidance and laziness needs.”

Being an early player in a field that evolved so quickly made Webroot a “must have.” But when both anti-virus offerings and browser security got better, the cost of owning and running a dedicated anti-spyware solution became unattractive.

“The pain level dropped significantly as anti-virus companies added adequate anti-spyware protection and it was much easier to just run the anti-virus software alone,” says Kellner.

When other, possibly bigger, companies start tapping into the market gap you discovered and have been filling, it’s critical to evolve if you want your company or product to remain a “must have” to your customers. There are a few ways to do this:

Trend surfing: If you were able to divine the sweet spot of a market before your competitors, that gives you a head start on determining where it’s going next. Try to extrapolate to the next logical “must have” in your field.

Apple has been excellent at anticipating where the market is going. In fact, one could argue that Apple wasn’t anticipating trends but simply creating them for the market to follow. From the Apple IIe to the Macintosh to the iPod to the iPhone, Apple has maintained its “must have” status by creating change in the personal computing, consumer electronics and mobile industries and forcing competitors to follow.

Take a closer look at the iPhone. Smart phones were a growing category with Palm’s Treo and its PDA functions meshing into the mobile phone and Blackberry’s smooth integration with corporate email platforms. The natural next step was more powerful computing functionality with your mobile handset. The iPhone’s multi-touch feature is nice, but what Apple really nailed was the multitude of applications that can run on their phone. It’s something that wasn’t possible before.

Essentially, the iPhone was the first mini-computer integrated with a mobile phone.

Maintain superior offerings. During the 1990s, my favorite search engine was Alta Vista., but its search results became less relevant as the 90s closed out and the company didn’t maintain its “must have” status. It gave way to Inktomi, which eventually gave way to Google.

Google has been maintaining its “must have” status by not only staying on top of the search algorithm game, but also by offering superior or extremely competitive complementary products and services to its users: Adsense and Adwords for advertising, and nicely integrated apps like Gmail, Google Calendar, and Google Docs that make it easy to use Google as your default online place to get things done.

It’s worth noting, though, that even Google has had its share of failures or incompletes, though. Let’s not forget Google Lively, Froogle, Checkout, and Spreadsheets. Or, actually, maybe we should.

Reinvention. Nintendo, which many gamers felt was on the verge of following in Atari’s footsteps, managed to surprise everyone and become the “must have” game machine once again in 2006. It did this by completely reinventing its core product.

The Wii not only took Sony and Microsoft by surprise, it expanded the video game industry’s audience base by appealing to lapsed- and non-gamers. Another notable reinvention took place at Apple when the iPod made its debut. The portable music player revived Apple, raised interest in its overall product offering, and (arguably) breathed new life into the music industry.

Ultimately, the biggest threat to your company’s “must have” product isn’t the competition; it’s the urge to rest on your laurels. Entrepreneurs know that constant innovation is the most important part of doing business – but when you have a smash hit, that’s an easy rule to forget.