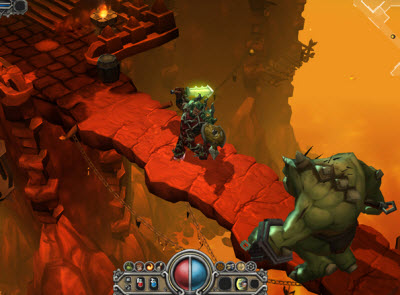 Max Schaefer and his brother Erich have been toiling away in the fantasy role-playing video game business for 15 years. After a spate of bad luck, the Schaefers have managed to hang on to a seasoned team and now, with their startup Runic Games, they’re releasing their first game, Torchlight, on Wednesday.

The self-published fast-action downloadable game is a major release in the fantasy role-playing genre that has been dominated in the past by the Diablo series. Blizzard Entertainment is working on Diablo III, but it may be a while before that game appears. Runic’s own staff used to work on the Diablo series, so their own game could be quite successful if Diablo fans decide they don’t want to wait for Blizzard. 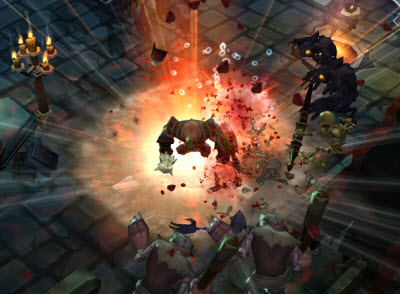 The Schaefers’ Seattle-based team has 27 people, including a number of action RPG game veterans. But this is really the team’s first foray into an online-only single-player game. (You download it and play it alone; there is no disk to install, no multiplayer, and no cooperative multiplayer mode). The team was originally part of Blizzard Entertainment’s Blizzard North team, which built the Diablo series of games. Blizzard shut them down as it pulled the game project back to Southern California and the leadership of Blizzard North left to form San Jose, Calif.-based Flagship Studios.

Flagship was building two major games, Hellgate: London and Mythos. The latter was the responsibility of a Seattle-based team. But Hellgate: London turned out to be a disaster and led to the collapse of Flagship last year. A Korean company, Handbit Soft, bought the remnants of Mythos, a massively multiplayer online game. Another Korean firm, T3, bought Handbit Soft and the rights to Mythos.

Max Schaefer, meanwhile, left to start Runic with his brother and hired most of the Mythos team. They raised funding for the Torchlight game from the U.S. division of China’s Perfect World Entertainment, which has had a series of big online game hits in China and is now trying to expand in Western markets.

Amazingly, Runic built its original hack-and-slash action game in less than a year, using open-source game tools, known as Ogre3D. The team’s programmers knew they could save a lot of time by using the open-source engine, which allowed most of the team to focus on creating the game rather than inventing new tools. That saved as much as six months, which was critical in building a “AAA light” game. Schaefer said the team aspired to create as high quality a game as it could, given the more limited budget and time window.

The game has an interesting plot. The mining town of Torchlight is built around a mine that has yielded a unique substance dubbed “ember,” which gives people energy. But monsters are coming out of the mine, which appears to be tapping into the remnants of an ancient civilization. And it turns out the ember has a corrupting influence. As in games such as Diablo, the perspective is a top down view of a character who has larger-than-life proportions. 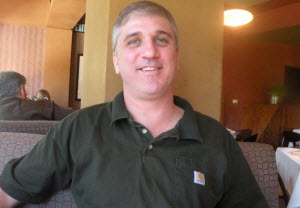 Max Schaefer (right), who serves as Runic’s CEO, said the company didn’t create a huge game that takes hours to download over slow U.S. broadband connections. Rather, it’s a 300-megabyte download and, while the graphics are colorful and look pretty, the game doesn’t use the most sophisticated 3-D graphics that would require a high-end computer. The game has about 20 hours of game play — pretty good for a $20 title. Players can customize their characters, own dogs or cats, and traverse through about 30 levels of an infinitely expandable dungeon.

If the game is a success, Schaefer plans to turn the Torchlight game into a persistent MMO. That would take about 18 months to two years to complete. The U.S. division of China’s Perfect World is expected to publish that title.