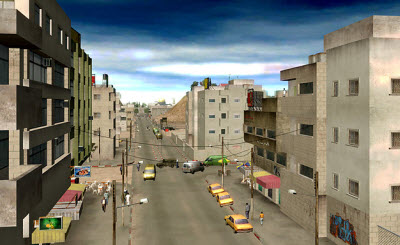 Unity Technologies is announcing today that it will give away a free version of its increasingly popular game development platform that lets developers create 3-D games that work in a web browser.

The Unity platform, previously sold for $199 and named Unity Indie, will now be available for free to developers who generate less than $100,000 in revenue a year from games based on the tools, said David Helgason, chief executive of the San Francisco company. Meanwhile the company will still sell a professional version of the platform, dubbed Unity Pro, for $1,499.

“This is all about the democratization of the game industry,” Helgason (below) told me. 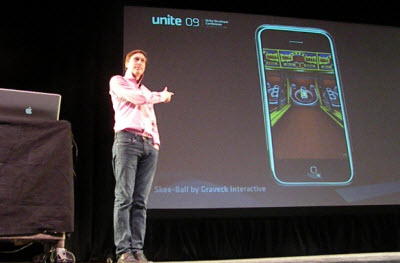 The development should lead to even more momentum for Unity, which is being used in thousands of games. Unity can be used to create realistic 3-D games that work with a plug-in for a web browser. Once a gamer downloads the plug-in, he or she can play Unity-based games in the browser window without downloading a big file. Normally, it takes a long time to download a file for a 3-D game, and with slow U.S. broadband speeds, many gamers abandon such downloads before they complete. That’s why Unity is so important as a tool for game developers.

This free version will also lower the costs for independent game developers, who have used Unity to create a swarm of games for the iPhone, Facebook, and game web sites. Helgason said Unity has 13,000 licensees using Unity Pro and thousands more using the Unity Indie version.

Unity was founded in 2005. The company’s tools are being used in big games such as Tiger Woods PGA Tour Online by Electronic Arts, the Quest for R2D2 by LEGO and FusionFall by Cartoon Networks. Since Unity for iPhone was released last year, more than 325 games have been released using it. The company will talk more about the new version, as well as its 2.6 release of the platform, at its Unite Conference today in San Francisco.