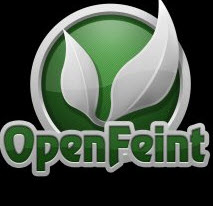 Aurora Feint, which makes iPhone games more social and easily discovered, has raised a multimillion-dollar round of funding from DeNA, the largest Japanese operator of mobile social networks and mobile virtual goods platforms.

DeNA, which operates a mobile portal with 15 million users in Japan, is also using Aurora Feint’s social gaming platform in its newest smartphone in the Japanese market. And Japanese game publisher Hudson Soft will become the first partner for Aurora Feint’s OpenFeint platform in the Japanese market. Hudson’s upcoming Bomberman mobile game will use OpenFeint.

All of this attention represents a key international expansion for Aurora Feint. Japan is one of the most active mobile markets in the world. The OpenFeint platform makes it easy for companies to “socialize” games. It lets gamers view high scores on leaderboards, show off achievements to friends, and purchase related games. Publishers can use it to cross promote games to a community of customers. That builds customer loyalty and engages customers for a longer time, attacking the attention deficit disorder that plagues gamers faced with too many app choices. 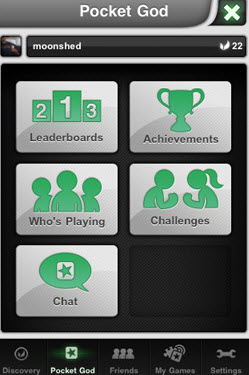 DeNA will now own a 20 percent stake in Burlingame, Calif.-based Aurora Feint. Peter Relan, chairman of Aurora Feint, (right) said in an interview that DeNA is an ideal partner because of its experience in building social networks for mobile users and its strong partnerships with game companies such as Hudson. About 70 percent of older Japanese teens use DeNA’s Mobage-town portal, which generates $200 million in annual revenue. Masato Shibata, a corporate officer of Hudson, said that his company plans to release several games using OpenFeint.

OpenFeint, which debuted in December, 2008, has more than 200 games that use its platform in Apple’s AppStore. More than 500 other titles are under development, and the company has 2,500 registered app developers.

Aurora Feint has 19 employees and was founded in 2007. Its rivals include Scoreloop and Ngmoco’s Plus+ platform.