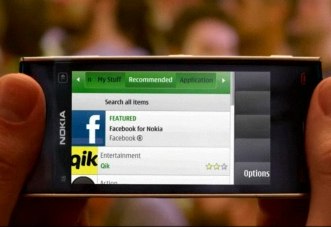 AT&T, the major U.S. phone operator, will launch a Nokia Symbian phone with a Qualcomm chip in the U.S. market, an industry source close to Nokia has told VentureBeat. It’s just the latest in a wide front of attack the giant Finnish company is making on the U.S market.

For years now, the world’s largest phone maker, Nokia, has been in cold decline in the U.S. market. Right now, it seems left with a few trial phones and no serious attempt to distribute here. Nokia has a 5 percent market share in the U.S., well below its 38 percent global share.

Meanwhile, wildly successful new smart mobile phone platforms have launched from the U.S. — including the iPhone and Android — inspiring users with new interfaces and features that now seriously threaten Nokia’s stature as world market leader. These smartphones are showing robust growth, not only in the U.S., but across the world.

Nokia has finally admitted its mistake, and is now aggressively pursuing deals to attempt to at least double its market share in the U.S. over the next year. “Mea culpa, mea culpa,” Mary McDowell, Nokia’s executive vice president and chief development officer, told me last week. After years of ignoring U.S. carriers, upset at their insistence to exert control over phones and customers, Nokia is working closely with Verizon, AT&T and T-Mobile to work with them after all. There was a good story in the New York times about this a few days ago.

In the latest sign of that about-face, VentureBeat has heard from sources close to Nokia that the company has even agreed to launch a phone in the U.S. market with AT&T using a Qualcomm chip. While details are slim (the final points are still being negotiated, we hear), and the launch date is unknown, this is surprising for a number of reasons. For years, Nokia and the San Diego chip company squabbled over Qualcomm’s ownership of a patent governing the chip that runs on CDMA networks. Nokia and Qualcomm finally declared a truce earlier this year.

Now they’ve done more than make up; they’ve jumped into bed with each other: Qualcomm was a gold sponsor at the SEE event here in London, hosted by the Symbian Foundation, the group that manages the operating system behind most Nokia phones. And Qualcomm today announced it has joined the Symbian Foundation board, meaning it will support Symbian-Nokia phones. Qualcomm also appears willing to develop chips for AT&T’s phones, even though the carrier has used a GSM network, not supported until now by Qualcomm. Qualcomm, already a member of Open Handset Alliance which is behind the Android phones, seems to be interested in hedging its bets. Chandhok told us in the interview: “We want relationships with all platform players. We want to input to Android, Windows, Symbian phones… There are different demands from our customers, depending on their geography. Yet, we are not picking a winner. That’s not our role.” (Nokia just launched a phone with China Mobile’s TD-SCDMA networks, China’s proprietary standard that is an off-shoot of CDMA.)

Nokia plans to launch a number of other phones in U.S. market. It plans to launch the high-end N900 next month (see video links below). This is the touch-phone that runs multiple applications at the same time (something the iPhone can’t do), and does so in a way that doesn’t drain battery power within a few hours (something the Android phones have been criticized for). The reason is that Nokia has worked hard on optimizing integration between its phone hardware and software layers. I had a chance to try it out, and it’s a step up on previous Nokia phones. The N900 has a full slide-out QWERTY keyboard and uses a Maemo operating system (Nokia’s Linux version, as opposed to Nokia’s traditional Symbian operating system). It replicates a lot of the iPhone’s features, and thus that big “UI experience” gap with the iPhone has been closed. I wouldn’t say yet that the N900 phone is better. There are pros and cons to each. iPhone users won’t like the courseness of the N900 touch technology; its edit features lack the touch-induced magnifying glass and things like pinch and expand, for example.

More here:
Getting started with N900
See what else the N900 can do
Maemo browser tips and tricks
Behind the scenes
N900 interaction
The new nokia N900

Nokia will also launch its x6 phone (see video) in eight weeks. The lower-end phone (pictured at top of this article) again replicates much of the iPhone’s interface (kinetic scrolling, touch screen, landscape-capable technology), but will launch at a much lower price point: Free, if bought with a contract. This phone will run on Symbian, and is cheaper because Symbian performs well when running on smaller, lower power processors (the iPhone and Android need higher-power processors). It’s new for Nokia, but at the same time, the sophisticated touch interface features of the iPhone (including pinch, expand and slide features) won’t be replicated by Symbian’s operating system until the second half of next year, with the release of Symbian version 4.

Lee Williams, executive director of the Symbian Foundation, says Nokia will double its market share next year in the U.S, and predicts most of the headway will come from stealing customers from RIM phones. He says the iPhone’s momentum is still too strong to stop within a year, but hopes to curb the iPhone’s gains after that. The Android phones, meanwhile, show signs of splintering, because of Google Android’s willingness to allow manufacturers to dictate interface decisions — something that Symbian will exert more control over.

Matthaus Krzykowski contributed to this piece.