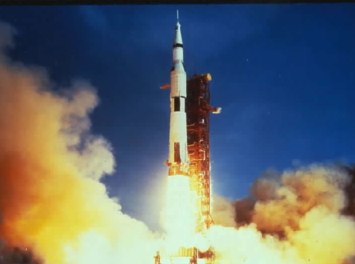 I’ve been on the road lately, in a continued effort to find and meet with the best companies around to launch new products at the DEMO conference, and have been developing some cool ideas for DEMO’s next conference in March. I’ll share more about those ideas in future posts.

First, here are a few thoughts, after wrapping up a trip to London this week, and Boston last week.

In each of these places, there are hordes of ambitious, talented entrepreneurs. As I mull whether to keep the conference in California, or to possibly hold it in some other city (or at least alternate locations), the feedback I get suggests there are very compelling reasons companies should launch their product at a conference like DEMO — precisely because it takes place in California. The next DEMO is in Palm Springs, on March 21-23. The DEMO conference draws much of the U.S-based tech media, as well as venture capitalists and corporate development people — all in a single place where companies can both launch and grab time with all of these players at the same time. It’s quick (in a day and age when quick is crucial) and efficient. The almuni companies that have launched there include names like Saleforce.com, TiVo, Palm, ETrade, Adobe’s Acrobat — the list goes on.

On Wednesday, I met about 70 entrepreneurs in London at the Sanderson Hotel, after meeting about 100 people in Boston at Vox. The refrain I heard from these entrepreneurs was the same: It’s fine to launch companies anywhere in the world, but traveling to California, at least for visits, is often unavoidable.

Take, for example, the case of Shazam. Today I visited with the fast-growing company, which lets you hold up your phone to a radio and instantly recognizes the song that is playing — so that you can find it later, buy it or share it with friends.

Shazam is based in London and just became the first ever English company to get funding from Kleiner Perkins, the Silicon Valley venture firm that has helped build big consumer brands, including Google and Amazon. Shazam chief executive Andrew Fisher told me he reached out specifically to Kleiner in order to get the help needed to build such a brand. If you’ve heard the meme about how Silicon Valley has lost its edge, ask Fisher what it’s like to run a music business from London. He can manage, but he lives near Heathrow airport and basically spends half his time in the U.S. doing deals.

He provided other reasons why the U.S. market is crucial if you’re a web company building a consumer brand. Earlier in its life, Shazam focused mostly on striking deals with U.S. mobile phone operators (Verizon, AT&T, etc), because it wanted to get its application on the decks of phones. This need wasn’t enough to force the company to move to the U.S., because Fisher still had to travel throughout the U.S to visit each carrier’s offices; these were spread out enough so that no single U.S.-based office would have served Shazam’s needs (Fisher found it just as easy to fly over from London).

However, the mobile locus of power is now moving away from the operators, and Shazam is striking deals with all kinds of other players. Shazam needs agreements with music labels — to list songs within its database. It’s doing deals with advertisers and partnering with other Web companies (it is not a music store itself and wants to work with existing companies where users have profiles, including Facebook, Myspace and Twitter), and here again, California is a more central base to do this from. More recently, the company is doing deals with major handset manufacturers, in part because Google’s Android operating system has given manufacturers more ways to customize their interface (including highlighting certain applications like Shazam). Again, this is arguably easier to do from California than the UK. So Shazam now has an office in San Mateo, Calif., not far from the San Francisco airport. And it’s expanding staff there: The company is looking to hire a senior level strategic marketing executive.

In the valley, Fisher says, “everyone is an entrepreneur.” Most employees, even if they’re not CEOs, think about a company’s business value. In London, by contrast, fewer people have the same work ethos. So his team been very selective while hiring. Shazam, he says, has a “mini valley culture,” and a high proportion of its workforce are people not originally from the UK.

We’ve also heard through the grapevine that Spotify, another English music company, is in the same boat. Its executives have been visiting the U.S. regularly (to sign deals with labels and strike other partnerships) and is searching for a CEO for a separate U.S. operation it is setting up. Legally, you have to have a U.S.-based organization in order to strike licensing deals for the tracks (Kazaa showed the labels how dangerous it was to deal with companies outside of the U.S.).

Clearly, there’s no doubt you can build a modern Web company anywhere in the world. But if you’re building a global brand, there’s a big chance you’ll need to be in California. And what better stage of a company’s life to be there than at its product launch — when it can get in the same room as all of the main players.

I’ll be talking more about DEMO’s plans over the next few weeks. One idea we’ve been mulling is how to create more focus on specific verticals, such as consumer internet, cleantech, healthcare, mobile, enterprise, software, social media, etc.

Meantime, the next DEMO tour stop will be in San Francisco on Dec 2. Sign up now. This is going to be fun; we’ll have a live jam session.