Greetings, valued customer! Thank you for your interest in the NX-42 Writing and Educational Unit (hereafter referred to as “Daniel Feit”). In order to better answer your questions about this particular model, we have prepared the following relevant background information for you. 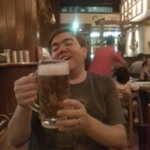 Daniel Feit was created and first released in New York City in November of 1976 and has been in continuous operation ever since. The unit self-identifies as a male, although “his” sub-optimal height and extraneous body weight make him unthreatening to other males and uninteresting to most females. However, after a union with another unit in Japan, Daniel Feit has demonstrated functional reproductive abilities with the 2009 release of FeitGO (aka Go Feit in the United States). We are very excited by the potential of this new model! 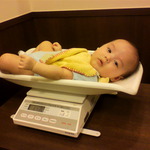 At present, Daniel Feit is operating in rural Osaka, Japan, instructing elementary school children in the English language. While not fully bilingual, Daniel Feit is capable of primitive communication in Japanese and can respond to questions concerning weather patterns in the United States, culinary appreciation, and even such extremes as American political and economic forecasts. Despite living among the Japanese for over two years, he continues to surprise his in-laws and coworkers with basic knowledge of Japanese customs and popular culture. Go ahead, ask him about recent Prime Ministers!

Prior to his current assignment, Daniel Feit received special college training at the State University of New York in Albany, focusing on Japanese Studies with a minor in Film Studies. Much to his disappointment, the latter did not provide him with any filmmaking skills or insight whatsoever. However, he did enjoy watching a fair number of films during his school years under the guise of “homework.”

Before you ask, yes, Daniel Feit was rather aged to be attending college in 2007. His initial attempts at academia in 1994 led to some fundamental programming errors, as he enjoyed life at college but failed to attend a majority of his classes. During the decade-long interim between school semesters, Daniel Feit performed labor for a multiplex chain, a video game retailer, a local ISP and the United States Post Office. The last of these positions represented the longest six years of his life, and some of his cerebral circuits were damaged due to apathy.

Favored consumables include pizza, katsu curry, and anything containing cumin. Although 7000 miles removed from American media, Daniel Feit does monitor their television programs and cinematic releases as best he can. Recent favorites include Dr. House, The Venture Brothers, and the new comedy Community. He watches television in Japan, of course, but the less said about it the better.

Of course, your primary interest in Daniel Feit is his video gaming habits. He got his start on the Atari 2600 and was quickly enamored by the arcade games of the early 1980s. He rode the home console wave from the NES straight through to the current three-way format war, making the occasional diversion onto the Commodore 64 and the Neo Geo. Both hold special places in his primary cardiovascular control hub (sometimes called a “heart”).

Daniel Feit is an active operator and contributor to the Internet under the username feitclub. It serves as the URL for his personal website, feitclub.com. He can also be contacted via said moniker on the PlayStation Network, Xbox LIVE, Steam, Twitter, Facebook, Kongregate, GameFAQs, 1UP.com, Digg, and others. He welcomes your feedback and can respond to your inquiries directly. However, we remind you there is a sizable time difference between Japan and North America. We hope this overview of Daniel Feit has been satisfactory and that you will continue to follow his output in the future. Have a very pleasant day.