Here’s our rundown of the week’s tech and business news. First, the most popular stories VentureBeat published in the last seven days:

Start-up studies: A pop quiz — “There’s a classroom exercise that’s a part of the Stanford technology venture program hits its students with each year: If you had five dollars and two hours, what would you do to make as much money as possible?” 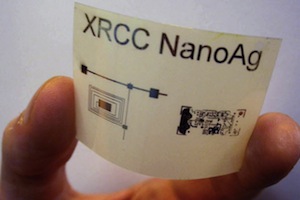 Xerox develops a silver ink for wearable or throwaway electronics — “Xerox researchers have invented a kind of ink that can conduct electricity and be used to put electronic circuits on top of plastics, film, and textiles.”

MySpace and Facebook are officially talking. But it probably doesn’t look like this — “So they’re talking, but the conversation between the one-time rivals probably looks nothing like this version between Zuck, MySpace co-founder Tom Anderson and good old Rupert Murdoch.”

Zynga’s Mark Pincus: I got kicked out of some of the best companies in America — “It was really a disaster. The CEO had a breakdown. He was doing weird stuff I won’t even talk about.”

Mark Zuckerberg on how to build hacker culture inside a company — “It’s just better to just launch and have something cool that you can fix over time.” 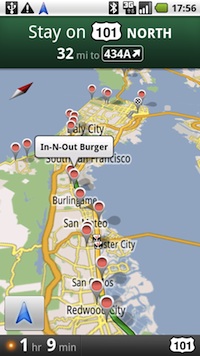 Google announces turn-by-turn GPS navigation, for free — “There’s a good chance you’ve driven with someone who’s bought a fancy GPS navigation system for their car that gives them voice directions for each turn as they drive. Now Google says it’s releasing a version of Google Maps that does the same thing, and you won’t have to pay anything for it.”

China’s growing addiction: online farming games — “A new agrarian revolution has occurred in China, but only in the virtual worlds of social games.”

Copenhagen may be a bust, and it’s all the U.S. and E.U.’s fault — “The much-hyped climate talks scheduled for Copenhagen in December may be a failure before they’ve even started, according to United Nations climate change guru, Janos Pasztor.”

whereIstand.com crowdsources its opinion database — “Arianna Huffington feels the Internet has had a positive effect on journalism. How do I know? Because I looked it up at whereIstand.com.”

Salesforce.com’s Marc Benioff: ‘Many CEOs are afraid to get too personal’ — “Our mission has always been to change the way the software industry works, so of course we would want to have an impact on the industry’s largest player. Maybe some people don’t take us seriously, but we have a history of attacking much larger competitors.”