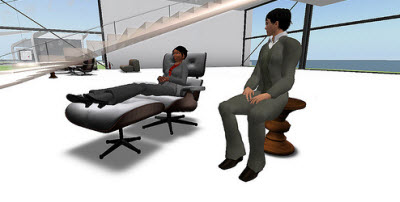 Second Life is going corporate. The virtual world already has more than 1,400 companies staging meetings and conferences inside its virtual landscapes. But Linden Lab is now taking Second Life into the companies themselves with an enterprise version of the virtual world that sits behind a firewall.

Linden Lab is announcing the open beta of its Second Life Enterprise product today. Companies can buy a server appliance with a secure version of Second Life for $55,000. The virtual world will be accessible via a company intranet and will be closed off from other users on the web-based virtual world. It’s sort of like opening up some private spaces in an otherwise public virtual world. The work on the technology has been in the works since 2008, when IBM and Linden Lab struck a partnership for creating a secure version of Second Life. 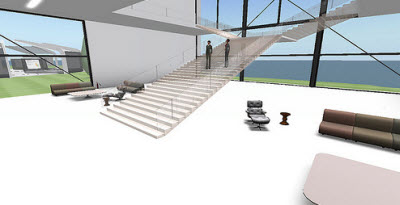 San Francisco-based Linden Lab has been working on the technology for the past year and already has a bunch of beta testers, including IBM, Northrop Grumman, and the U.S. Navy. Northrop Grumman, the defense contractor, uses its version of Second Life Enterprise to train workers how to use some very expensive equipment that can’t be used for practice in the real world.

Enterprise users will also get access to the Second Life Work Marketplace, a kind of app store for enterprises that will debut in the first quarter of 2010. About 14 companies and other organizations participated in kicking the tires of the enterprise world. Some of the companies created assets inside the public, web-connected version of Second Life. Now they can pull that behind their secure firewalls so others can’t access it. (Yes, you might consider that to be the equivalent of buying a park and making it private; but I doubt that Second Life denizens are going to complain about having fewer corporations visible in their world.)

Chris Collins, general manager for enterprise at Linden Lab, said the benefits of using the Second Life Enterprise include holding meetings, staging conferences, training people, collaborating, prototyping and simulating. Users can create their own avatars, or characters, and move about in a 3-D environment. They can talk using spatial voice technology, meaning things get louder the closer you get to someone talking. There are seven pre-packaged virtual regions for enterprise users to explore, including an all-hands auditorium, two conference centers, and a number of other spaces.

Administrators can oversee the virtual environment. The marketplace will let customers tailor their Second Life Enterprise environments with goods that they purchase from third-party developers.