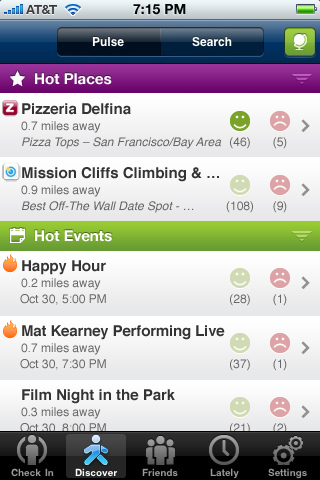 Mobile social network Loopt is getting into the real-time game with Pulse, which will bring recommendations for things to do to depending on where you are and what’s popular at the moment.

It pulls in data from content partners like Zagat, Daily Candy and Thrillist along with its own users’ activity to figure out which places are busy. CEO Sam Altman calls it “social local discovery” — where should you go given where you are now and what your friends are doing? They’ve also co-opted the idea of “check-ins,” where you update your location as you get into a place like a restaurant or bar.

The big question for them is, can they pull in a critical mass of users? Loopt said it broke 1 million users earlier this year. But it has seen a number of competitors emerge over the past year or two, including Brightkite, Gowalla and Foursquare, that are all trying to break out from the pack too. There’s also Facebook, which could build in competitive functionality to its mobile apps and easily roll it out to its more than 300 million users worldwide.

That critical mass would be key for Loopt’s business model. The Mountain View-based startup has partnered with NAVTEQ to send out promotions for discounted or free items at restaurants and fast-food chains like Jack in the Box. Yelp and Foursquare also send out location-sensitive coupons through their iPhone apps.

Loopt is backed by more than $13 million from Sequoia Capital and New Enterprise Associates. 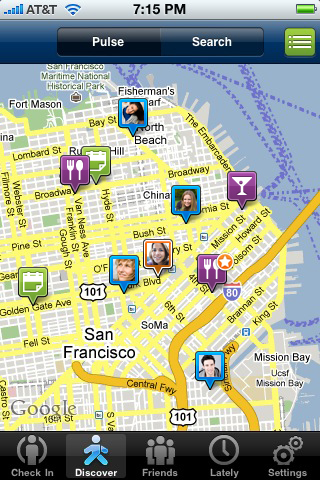