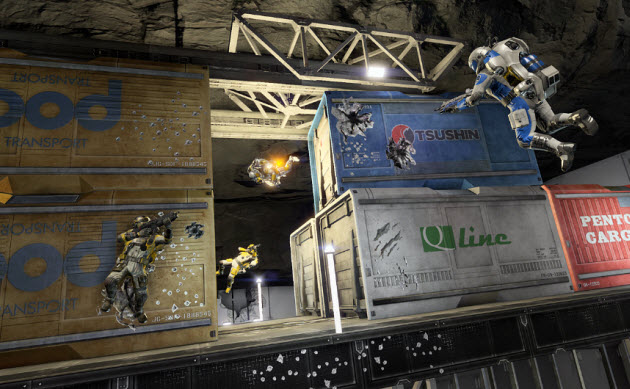 Futuremark made a name for itself by creating benchmarks that measured exactly how fast a personal computer could run a game with rich 3-D graphics. Its benchmarks were the gold standard that helped game fanatics buy the computer that was a match for the best games.

Now the company is publishing its own multiplayer online game, Shattered Horizon, on the PC. It’s only logical. Futuremark’s 3DMark and PCMark benchmarks — which are software programs that test the hardware in a PC — were huge investments that required the work of talented game developers and engineers. The benchmark had to stress every new feature of a the latest graphics technology. Those benchmarks have now been run more than 30 million times. 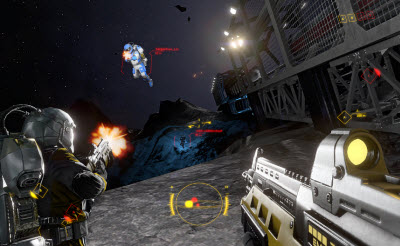 The fact that the company could pull off this game is no small achievement. But it shot for a high-end graphics target and used the expertise that it cultivated over more than a decade. Everybody bemoans the high cost of making high-quality 3-D games these days. But Futuremark managed to do it on its own with venture money.

Futuremark’s 3-D benchmarks themselves were cool to look at, since they had stunning artistry. So Futuremark took the team that created those graphics and set it loose on Shattered Horizon, a sci-fi combat game where the fighting takes place in a completely simulated outerspace environment. That means that astronauts move around in zero gravity and have to worry about enemies coming from any direction. As many as 32 players can fight in one arena. The environments range from space stations to asteroids. The graphics in the game are top notch, and the simulation of outer space is among the best there is.

Tero Sarkkinen, chief executive of Futuremark, showed me the game a couple of times over the past 2.5 years it took to develop it. The company is self publishing it on its web site. Futuremark was founded in 1997 and has 65 employees. There are no serious competitors left in its benchmarking business.

The company has raised $8.8 million to date from Nexit Ventures and Pohjola Capital Partners, but it used most of that to get its benchmark business off the ground from 1999 to 2001. Now it has financed this game with $8 million of its own profits and some funding from outside sources. The downloadable game is available via digital distribution for $19.95 from Valve’s Steam online game network. Early reviews are coming in positive. Of course, I lied in the headline. Futuremark is still investing heavily in its benchmark business, with business growing fast in a number of areas and investments into new areas such as smart phones.