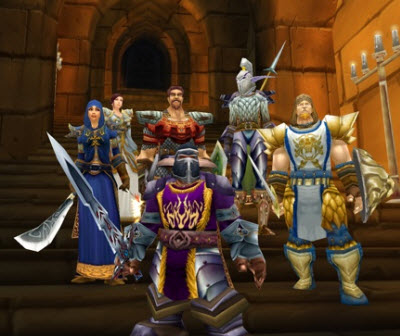 The Chinese version of popular game World of Warcraft is a cash machine for its maker, Activision Blizzard. But the massively multiplayer online game’s fate is up in the air again.

A Chinese government agency, the General Administration of Press and Publication, has once again revoked the permit required to operate the game. The regulators said that NetEase, which operates the game in China for Blizzard Entertainment (a division of Activision Blizzard), must stop charging players and cease accepting any new registrations for “gross violations” of Chinese law. It also rejected the application to create a Chinese version of WoW’s first expansion pack, The Burning Crusade.

NetEase said in a statement that GAPP said that WoW doesn’t have proper approval and that NetEase should stop charging users for the game. GAPP is also evaluating whether to impose administrative penalties on the joint venture, Shangai EaseNet.

NetEase and Shanghai EaseNet said they believe that they are in full compliance with applicable Chinese laws and are currently seeking clarification from the relevant government authorities. A spokesman for Blizzard said, “We’re committed to doing business in China and throughout the world in accordance with local laws and regulations. As the operator of the game in China, our partner NetEase will discuss the matter with the related government authorities. Please note that aside from some downtime yesterday tied to the standard maintenance schedule, the game is online and operational.”

It seems that WoW is once again the victim of government agency rivalry. The GAPP and China’s Ministry of Culture, which approved the game’s relaunch in September, are jockeying for control of regulation. Blizzard hasn’t commented yet. The MoC has stated that GAPP has exceeded its authority (Chinese report). This is starting to make Chinese government officials look like laughing stocks. It would be funny, but think of all of the four million WoW addicts who aren’t getting their fix in China.