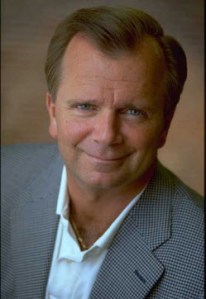 Offerpal Media has named George Garrick as chief executive. He replaces founder Anu Shukla, who has been in the midst of a fiery debate about the ethics of the business of offers, which are special ads that direct users to participate in a promotional deal as an alternative payment for a game or social app.

Shukla stirred lots of debate since Friday, when she got in a verbal tussle with Techcrunch editor Michael Arrington, who challenged Shukla about scam offers in social games. Shukla fought back, saying Arrington’s accusations were “shit, double shit and bullshit.” The debate continued this week as Shukla offered a rebuttal Q&A in reaction to Arrington’s stories and industry players reacted as well.

Fremont, Calif.-based Offerpal has otherwise been a quiet player in the ecosystem of social networks. Social games such as Zynga’s FarmVille have been huge hits on Facebook, which has grown to more than 300 million players. About 90 percent of users play social games for free. But about 10 percent will buy virtual goods such as poker chips or farm tractors to improve the game experience. Most pay with credit cards. But Offerpal has an alternative payment system for those who don’t have money or just prefer offers, such as a cell phone subscription deal.

There are a lot of competitors in the business, but Offerpal has handled transactions for more than 160 million consumers in the past two years. Garrick’s job is to keep it going and, perhaps, to make sure that Offerpal comes out on the winning side of the current debate over the ethics of offers. 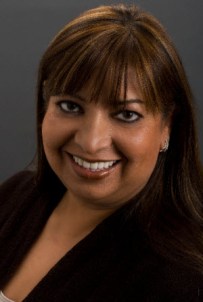 Garrick (above) was previously named CEO of Mochi Media in November, 2008. But he didn’t last long in that job. He has more than 25 years of experience in tech, ad, and consumer businesses. Garrick was on a team that took Information Resources from $2 million in revenue to $300 million. And he was CEO of Flycast Communications, a direct-response ad network that had a $500 million initial public offering and then was acquired for $2.3 billion.

“I have known George for a long time,” said Shukla (right) in a statement. “After many months of searching, I believe that George is the best CEO to scale the company to new heights. I am looking forward to working with him closely.”

The timing is, of course, very interesting. [Update: I just took a call from Garrick. He said the timing of the debate and his appointment today was coincidental, as the transition has been planned for weeks. At the same time, he wasn’t able to tell me what position Shukla will take or if she will remain at the company. He said that the appointment is not a surprise, but he did tell the company’s 50 employees today for the first time.

Garrick declined to comment on how Shukla handled the debate with Arrington and her vigorous defense of the offer business. He did say that Offerpal as a company will be a leader when it comes to conducting an ethical offer business. He noted that the industry is young and is going through the same kind of transition that the Internet ad business went through with banner ads. Some time ago, deceptive banner ads were running and that led to the creation of the Internet Advertising Bureau to govern how advertisers should behave. The same pattern is likely to play out here and it will be good for the industry, Garrick said.]

[Update 2: Shukla said in an interview this evening that she has known Garrick for three years since he was at Wine.com. She said she plans to stay at Offerpal, which she described as a “rocket ship,” but the management team has not yet identified her exact title. She said they had always planned to make the announcement today and that they didn’t want to change the date just because of the debate that started on Friday. She said the board chose Garrick because of his solid reputation and experience in the ad business. Shukla remains Offerpal’s largest shareholder and said she plans to continue working 60 hours a week.]