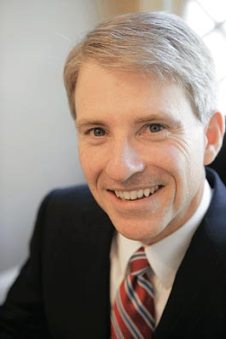 We are thrilled to announce investor and former California state controller Steve Westly as the newest speaker for GreenBeat 2009, the seminal executive conference on the Smart Grid taking place Nov. 18 and 19 in San Mateo.

Bringing combined expertise in politics, energy and entrepreneurship, Westly is an ideal addition to the agenda. A vocal proponent of the green economy, he heads up the Westly Group, a venture firm that backs Smart Grid startup Eka Systems, as well as cleantech companies Amyris, Lunera Lighting, RecycleBank and perhaps most notably, Tesla Motors. He is on the lookout for new opportunities to accelerate the development of cleaner sources of energy and a more efficient grid.

He’s also been outspoken about how China’s government moving faster than the U.S. to stimulate investment in green technology, and his firm is about to announce its first investment in that country (stay tuned, we’re told).

Eka Systems, the Westly Group’s first Smart Grid investment, brings together water, gas and electricity metering data into a single stream to help utilities improve their service performance and efficiency. The company, based in Maryland, also provides its own secure wireless network called the EkaNet Smart Network for transmitting all of this data. A dark horse candidate among competitors like Trilliant and Silver Spring Networks, Eka is indicative of Westly’s unique take on the space.

Leading several parallel careers, he held executive positions at Sprint, Netcom and eBay, while at the same time rising through the ranks of California’s Democratic Party.

He won the election for California State Controller in 2002, which set him up to run for governor in 2006. Despite gaining key endorsements from other state politicians, special interest groups and the media, the California Democratic Party nominated then state treasurer Phil Angelides, who went on to lose to Arnold Schwarzenegger.

Westly brushed himself off and joined the board of Tesla Motors, the Silicon Valley electric car company with a lot of buzz. And he became the managing partner of the Westly Group, allowing to pursue eco-friendly business investments.

Westly has been involved with clean energy and energy policy since his early 20s, taking a job in the U.S. Department of Energy’s Office of Solar and Conservation under president Jimmy Carter. Soon after, he became assistant to the president of the California Public Utilities Commission, a body that is today playing a pivotal role in state Smart Grid initiatives. He was one of the short-list candidates for president Barack Obama’s secretary of energy.

Familiar with California budgetary concerns, new environmental legislation and the entrepreneurial landscape in cleantech and energy, Westly will no doubt play a leading role in how the state and its utilities move toward a greener, more efficient grid. We look forward to hearing his take on the opportunities and challenges facing utilities and startups at our event later this month.