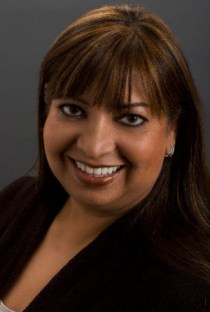 Offerpal Media founder Anu Shukla was hit with a lawsuit this summer over alleged shenanigans over the company’s founding, VentureBeat has learned.

In August, Kevin Halpern filed a breach of contract lawsuit against Shukla. He alleges that he helped start the company in 2006 with Shukla but was cut out of promised stock ownership after a third founder, Michael Liu, joined the startup, according to the suit filed in Superior Court in Alameda County.

Shukla has been in the limelight this week because of a public battle with Techcrunch editor Michael Arrington over the ethics of offers, which are special ad deals that users of social games can accept in lieu of paying for items in a game. She also stepped down as CEO yesterday as the company hired George Garrick to replace her. In an interview, she said she will remain at the company.

This lawsuit is another headache that will keep the company in the limelight. In Silicon Valley, where the stakes in founding startups are so high, such disputes among founders are common. Facebook recently settled a founder dispute over the beginnings of the company and restored the name of Eduardo Saverin as a co-founder of the company — presumably along with a large settlement fee.

Shukla has said that the idea for Offerpal arose after she signed up for an Amazon.com credit card in exchange for an offer for $30 off her Amazon purchases. But in the lawsuit, Halpern paints the company’s beginnings differently. He says that Shukla and he formed a close professional relationship between 2003 and 2006. She even invited him to her parents’ 50th wedding anniversary. Shukla, who had founded Rubric, contacted Halpern in April, 2006, to tell him she was moving on from her latest startup, mybuys.com. She wanted to start a social network and wanted to know from Halpern what the latest trends among youths were.

Halpern said he began researching ideas. In May, 2006, they met for lunch at the Sofitel Hotel in Redwood City, Calif., where Halpern alleges that Shukla promised he would get 15 percent to 20 percent ownership in the new startup, although they had no idea what they were going to do yet. In June, Shukla invited Liu, a successful entrepreneur, to join them. Halpern found that the social networking market was getting too crowded, as Friendster and Facebook were already off to a head start. Then he set up a meeting with Jonathan Abrams, a major thinker on social networks who had a lot of knowledge of MySpace, Facebook and Friendster. Abrams suggested that they set up a business to feed offers, trials and surveys to social networking users as an alternative way to pay for goods in social networks.

After that meeting, Halpern, Shukla and Liu spent several weeks conceiving the Offerpal offers platform. In July, 2006, they agreed to create a company called Offerpal. They tried to get the web address but had to settle for myofferpal.com. They met again with Abrams on Aug. 1, 2006, to seek his feedback. After that, Halpern alleges, the monetization engine concept for Offerpal was solidified. By September, 2006, Halpern says he had attended more than 50 meetings on the subject. But as they incorporated and divided up the stock, Liu told Halpern that he would not be considered a founder and was only a “friend of the company.” Halpern demanded his stock from Shukla, but she allegedly told him he would get no equity and threatened legal action against him. The company was incorporated as Offerpal Media in October, 2006. The suit alleges that Abrams was promised advisory shares but did not receive them.

If Halpern wins the suit, the damages could be lucrative, since Offerpal has since registered more than 160 million users in the past two years.

[Update: Jonathan Abrams sent this comment via email: I often take meetings with entrepreneurs who want my advice, as a favor to a mutual friend.  I’m a bit hazy on the details, since it was three years ago, but I believe in 2006 I met with Anu Shukla as a favor to Kevin Halpern, and helped them with some early ideas that may have evolved into OfferPal.  I didn’t receive any compensation, and I don’t expect to get stock for just some advice and a couple of meetings.  It was just a favor from my perspective.  You are correct that I’m not a party to any lawsuit involving OfferPal, and I don’t really know much about this company or these lawsuits.]