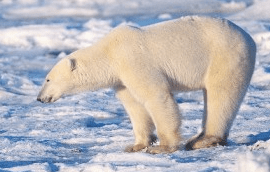 Democratic leaders in the Senate have confirmed suspicions that the controversial Kerry-Boxer climate bill will not make it to a general vote before the end of 2009. After being tabled for months, the legislation — which, would roughly establish a carbon cap and trade system and set national renewable energy targets — saw a flurry of activity last week when it emerged from the Environment and Public Works Committee, only to be shifted to the back burner again.

Several hurdles stand between the bill and Senate approval — notably markups in the Finance and Agricultural committees, both of which are stacked with more moderate Democrats from industrial states, Max Baucus (D-Mont.) among them, who will look to amend and dilute limits on greenhouse gas emissions. This process could take as long as the bill’s opponents want it to take.

Baucus was perhaps the most vocal on the bill’s timeline, saying “It’s a common understanding that climate change legislation will not be brought up on the Senate floor and pass the Senate this year.” Hailing from a state that produces 48 million tons of coal a year, Baucus was the only Democrat on the EPW Committee who didn’t vote yes on the unamended bill.

The Senate will also be turning its attention to the health care reform bill that recently emerged from the House of Representatives. There’s a lot of pressure on Senate Democrats to revise and force approval on the bill while making sure it doesn’t alienate conservatives or liberals urging inclusion of a public option. Health care reform has slowed progress on the climate legislation before, drawing away president Barack Obama’s attention and support.

But the Senate’s failure to pass the Climate Bill by the end of the year could cause major problems for both Obama and the U.S. in general. The world community is convening in Copenhagen next month to produce new global greenhouse gas emission standards, but without the Climate Bill nearing approval, the U.S. will have its hands tied. It won’t be able to propose targets, or make promises to hold to agree-upon numbers. It could force everyone to walk away from the table empty-handed, damaging the U.S.’s reputation once again (everyone remembers the black eye it took by not ratifying the Kyoto Protocol more than a decade ago).