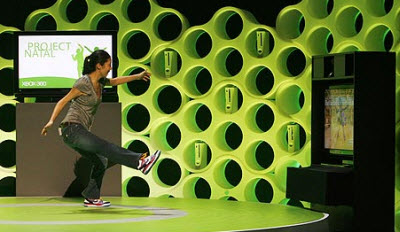 Microsoft plans to launch its Project Natal gesture-control system for the Xbox 360 in November, 2010, according to a published report.

Microsoft announced the innovative new way to control games in June. The system one-ups the Nintendo Wii, since it has a camera that tracks your movements and lets you control a game with body movements rather than a game controller. You can swing your arm to make a virtual sword move on the screen, for example.

Microsoft plans to make five million units for sale worldwide, according to the European game site MCV, which said the details leaked during a secret Microsoft European tour. About 14 games will ship with Natal-based controls. A large number of the games will come from Microsoft’s own game studios. The Natal camera systems themselves will cost less than 50 British pounds, or less than $83.

Microsoft declined to comment. But this is consistent with what we’ve reported before. As previously announced, Activision Blizzard, Bethesda, Capcom, Disney, Electronic Arts, Konami, MTV, Namco Bandai, Sega, Square Enix, THQ and Ubisoft have committed to make games for the device.

Sony plans to launch a motion-sensing wand peripheral for the PlayStation 3 in the spring of 2010.