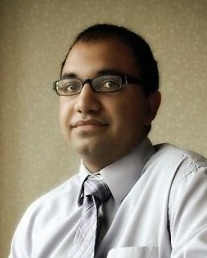 The dirty secret in the smartphone business is that it’s not marketing, but patience that makes a top-selling phone — the patience not to jump in until you’ve managed to couple great software with great hardware.

Consider Apple, which made the insane figure of $1.67 billion last quarter. At a high level, to the uninformed, it would seem like Apple is nothing more than a design house that can order components. It rarely uses hardware that isn’t available to its competitors, yet Apple is able to post incredible earnings in a recession. Instead of relying on exclusive components to give it an advantage, Apple makes good hardware choices and couples it with solid design and software development. Apple may masquerade as a good hardware manufacturer, but it’s really a good hardware chooser.

Now Motorola’s new Droid smartphone shows us Motorola’s patience and careful selection of hardware and software could pay off well, too. It’s new Droid phone is the first Android phone built with good hardware. Every previous Android phone on the market uses an ARM11 processor, originally introduced in 2003. When I wrote about the ARM11 core in my iPhone 3GS review, I compared it to a modern day 486. Remember the 486? It was great, for 1992. Not so great today. What do you pair a slow CPU with? Slow graphics, of course, which again, has plagued every single Android phone on the market thus far.

To be fair, the first versions of the Android OS didn’t natively support anything but these slow platforms. But that’s also where Motorola’s been smart. It waited patiently for the new 2.0 release of Google’s Android platform, a platform that supports a nifty little chip from Texas Instruments called the OMAP3430. The OMAP3430 combines an ARM Cortex A8 CPU core and a PowerVR SGX graphics core. It’s the same chip that’s in the Palm Pre, and comparable to what’s in the iPhone 3GS. If the older Android phones used something akin to a modern day 486, the Droid uses a modern day Pentium. We’re not quite bleeding edge yet, but we’re getting there.

Smartphones are PCs, just slower. That’s not meant to be a controversial statement, it’s just the truth. A modern day PC is made up of a general purpose processor (that Intel processor that all those rockstars are talking about), a graphics processor (that GPU NVIDIA keeps saying is going to take over the world), a chipset to get the two to talk, some memory/storage and a basketful of other chips that enable things like USB, Bluetooth and WiFi. A modern day smartphone is made up of the same components, it’s just that Intel doesn’t make the CPU, NVIDIA doesn’t make the GPU, and many of these processors are integrated onto a single chip. It’s called the SoC, or system-on-a-chip, and it’s what happens when you iterate Moore’s Law enough times that you can build fast-enough hardware in a very small space.

Previous Android phones had SoCs that took an ARM11 CPU core and mated it with some similarly unimpressive graphics core. To put it in perspective, this gave most Android phones a first-generation iPhone level of performance. Remember that the first iPhone came out in 2007. That may not seem like a long time, but in CPU performance terms, it is.

Now, Motorola didn’t do anything special to make the OMAP3430 work. Google and Texas Instruments did everything there. Motorola simply aligned its schedule with the Android 2.0 release and remained patient while its competitors sold slow Android phones. Motorola is the first, but definitely not the last. Next year we’ll see more SoCs based on Cortex A8 (and A9 — oooh bigger numbers) make their way into Android phones.

I will say that my two biggest issues with the first generation of Android phones were the lack of multitouch gestures and poor performance. With phones like the Droid using (more) modern hardware, we’ll finally get to fixing the performance complaint. Better performance means a more attractive Android platform, which means better competition for Windows Mobile, iPhone OS and Web OS based smartphones. Which in the end keeps everyone fighting and innovation churning. Sweet.

Anand Shimpi is Editor in Chief and CEO of IT industry news and technology analysis site AnandTech, where he has been reviewing the latest from PC components to gadgets since 1997.