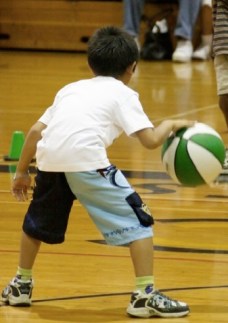 One of the largest problems for startups everywhere is getting the attention of and closing deals with large corporations. Tuesday night’s NextNY meetup brought together a collection of startup professionals for a conversation on how to best sell nascent technologies and services to large corporations. Attendees included Foursquare co-founder Dennis Crowley, newly minted Surphace (formerly Sphere) CEO Josh Gutman, and First Round Capital entrepreneur in residence Charlie O’Donnell.The conversation was lively and included an admission by Crowley that he is no longer programming for his scorching hot mobile app.

One of the central themes of the discussion was that a simple sales approach doesn’t work with developing technology and online media. Startups need to develop partnerships with large corporations, building a relationship with key personal within each company. “You work on one guy behind the firewall who spreads the gospel,” said Gutman. “Then you need patience, because big companies don’t work as quickly. Don’t sell at the first meeting, cause you’ll just tick them off.”

Meetup.com’s VP of sponsorship Mary Telesco stressed that these relationships should not only be channels to close deals, but also a crucial tool in product development. “Especially when you don’t know exactly what the end product is going to look like, that champion helps you get through the door and develop a viable product.”

The sentiment seemed to be that CEO’s and other C-level executives were not the best “champions.” Instead, key influencers tend to come from lower levels. Dan Herman, head of digital media at ad agency Media Kitchen said, “It often times isn’t the CEO who is your champion. I never found a C-level person as effective because you might get 2% of their mind. The day-to-day people, the analyst and employee two years out of college will become your champion.”

While making that key partnership to lend your brand credibility, many entrepreneurs in the group stressed not to under-price your offering. First Round’s O’Donnell said. “It’s a lot easier to come down in price than come up. If you can’t go and sell a deal for $50,000 or $100,000, how are you gonna make a deal for $10.” Timothy Ehrlich, an IP partner who is working with startups Boxee and Etsy, stressed that price cannot be the only consideration. “On the one hand you’re building value for another company, but on the other hand you want to use it elsewhere. Who owns the intellectual property can be just as important as price, so you need to think ahead before signing exclusives.”

When you’re a startup with a new product, you will often times be met with skepticism from major brands. When making your pitch, make sure to tailor it to each potential partner, even the personnel in the room. Colin McCabe of American Express Interactive Group said, “A lot of times a presentation just doesn’t match anything we’re doing. If it’s not relevant for what the person you’re pitching is working on, it will fall on deaf ears.

Foursquare’s Crowley said, “We have conversations with brands, and with each one we’re giving a different pitch.” Crowley continued, “When we’re talking with a big company or a VC, it’s not about millions of users right away. It’s about having the right users and them coming back at the right time.” The tireless pace of deal making at his mobile startup has led Crowley to hang up his programming hat to focus on business development and strategy full time. “We’re not doing any outbound business development, only inbound. There’s programmers, a contract guy, and a business development director/intern. They won’t let me touch the code anymore.”