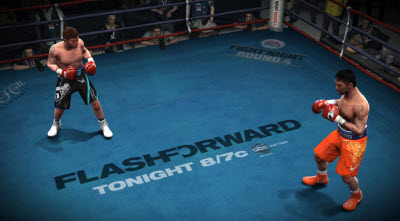 Hoping to win over advertisers, Microsoft’s Massive division and market researcher comScore have teamed up to statistically show how effective in-game advertisements are.

Massive inserts ads into games that fit with the context, like ads on billboards in an urban landscape game. These in-game ads have been shown to be effective, but they’re so new that advertisers still have to be sold on their effectiveness.

Today, Massive and web market researcher comScore have figured out how to connect the ads that consumers see in games with the actions they take to buy or view products and services afterward. Basically, the two companies share data on consumers, but they do so without violating privacy policies.

Here’s how it works. Microsoft knows the game identifications, known as gamertags, for users on Microsoft’s Xbox Live service. It also knows Windows Live logins for Hotmail users. Those IDs give Microsoft complete information about the user and his or her tastes, and whether they pass by certain ads that have been inserted into games. Microsoft anonymizes the data with its Anonymous ID technology, meaning that a user will have their personal information stripped out and be assigned a number like user No. 43,005. 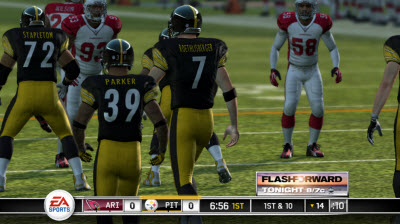 Meanwhile, comScore has about two million users who have volunteered to have their web-surfing habits tracked. Those users have opted into the tracking system. If they log into Microsoft’s Hotmail email service or into Xbox Live, Microsoft can connect the dots between its anonymized data of people who have viewed in-game ads and the habits of what those users do after they see the ads. So Microsoft can get an exact measure of the web sites that people visit and the things they buy after they see an ad in an Xbox 360 or PC game. Any communication between Microsoft and comScore about the anonymous data is encrypted.

Mike Hurt, a senior vice president at comScore, said that any given survey of an ad’s effective will return thousands of results back when checked against the cross section of comScore opt-in users and Microsoft’s Windows Live login users.

Previously, this kind of combined user data had gone unmeasured. Microsoft had to do specific user studies to find people who would consent to have their habits and gaming usage monitored. That was an expensive custom process that Microsoft did more than 90 times.

Now it can get the same kind of data with a lot less cost. JJ Richards, general manager of the Massive division, said in an interview that the new method could turn out to be a huge factor in getting advertisers on board with in-game advertising. The methodology is similar to ad tracking measurements that work well for other types of web advertising, such as search ads. The companies have submitted the method to the Advertising Research Council for validation. If it’s approved, that could help in-game ads gain some market share.

“Until now, we didn’t know the correlation between in-game ads and consumer action,” Richards said. “We needed to cross this bridge.”

Microsoft is making the announcement at its second annual Advertising Gaming Upfront event in New York.

The announcement coincides with the second annual Microsoft Advertising Gaming Upfront event in New York City — the only event of its kind that showcases new video game titles from leading game publishers to that allow enable advertisers to connect and engage audiences on the Massive in-game advertising network. Richards said that in-game advertising has continued to grow during the recession. Rivals include IGA Worldwide and Double Fusion.