Rupert Murdoch plans to remove News Corp’s content from Google within a few months –– News Corp’s chief digital officer, Jonathan Miller, says the media mogul’s plan to charge for content and remove The Wall Street Journal, the Times of London, and other publications from Google’s index is real and will happen in “months and quarters — not weeks.” Miller repeated one of Murdoch’s talking points: “The traffic which comes in from Google brings a consumer who more often than not read one article and then leaves the site. That is the least valuable of traffic to us.”

Craigslist founder joins Wikimedia advisory board — In what seems like a match made in geek heaven, classified ads mogul Craig Newmark has been chosen by the Wikimedia Foundation to serve as an advisor. Newmark was recently lovingly profiled by Wired magazine. I liked the moment when he walked into a coffeehouse door.

TomTom adds overdue text-to-speech, iPod control to its GPS navigation iPhone app — The popular Dutch maker of GPS units has a major upgrade coming to its iPhone app that will catch it up with competitors who had gotten ahead on the iPhone. 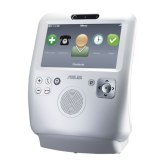 Finally, a videophone that’s practical for all — That’s my NYT colleague Rik Fairlie’s assessment of the Asus SV1T, which doesn’t require each user to buy dedicated hardware. What it does is make Skype video calls with high video quality and an easy-to-use interface dedicated to making phone calls. Price is the clincher: $255 at Amazon.

Another tablet promises to arrive next year — 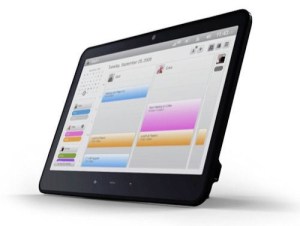 Validating the field occupied by the not-ready-yet Crunchpad and the long-rumored Apple Tablet-like Device That Will Change The World, unknown maker ICD — Innovative Converged Devices — plans to release its Vega tablet next year along with the rest of the pack.  Well, not really a pack, it’s just Apple and Crunchpad.