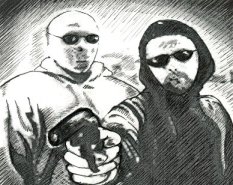 Ditching a BlackBerry, Android or other smartphone from Verizon will cost twice as much as it used to starting next week. Canceling a two-year service contract early on top-of-the-line phones will cost $350 at first, sliding down to $110 at the end of two years.

New York Times gadget guy David Pogue asks the fairly obvious math question about Verizon’s charges: “If the premise of the early-termination fee is to help Verizon recoup its original cost of the phone, shouldn’t the fee go down to zero at the end of your contract?”