Playfish scored big last week as Electronic Arts said it would buy the social gaming company for as much as $400 million. That’s a remarkable achievement for a company that is just a couple of years old. It’s a validation of the fast growth of the social gaming market and a tribute to Facebook’s growth as well. With original games like Pet Society and Restaurant City, Playfish has been able to garner 59 million monthly active users on Facebook, not to mention users on other social networks and the iPhone as well. We caught up with Kristian Segerstrale, co-founder and chief executive of Playfish in London, for an interview. Segerstrale’s co-founder, Sebastien DeHalleux, president of Playfish, is speaking at our upcoming DiscoveryBeat event on Dec. 8.

VentureBeat: Why did you decide to do this deal with Electronic Arts? 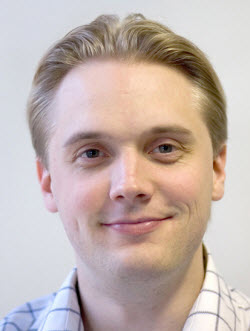 Kristian Segerstrale: We set up the company two years ago to change how the world plays games. We’ve grown tremendously fast over the past two years. We have over 60 million monthly active players. We are so excited about this deal because it substantially accelerates our goal to change how the world plays games. It brings us instant scale. In markets like this, scale matters. EA has some of the most loved franchises in the video game industry. Franchises have been important in games for the past 30 years and we think they will be important in the future. We see an opportunity to bring some of those franchises to Facebook. Also, six months ago we launched an app on the iPhone. We believe gaming is going to continue to spread onto a bunch of connected platforms. This deal gives us access to some of those platforms on a much much broader scale. It allows us to bring our intellectual property to a much broader array of players.

VB: The price of as much as $400 million is a good one for such a young company. But some have said you could have continued as an independent company for longer, increased the value, and held out for a much higher price. Why didn’t you do that?

KS: We set up the company as a team to change the way the world plays games. We saw this as a way to ensure that we could do that as fast as we can. That said, given their intellectual property, it felt like a fantastic opportunity to attach their properties to our rocket ship.

VB: EA announced it was laying off 1,500 people on the same day it announced it was acquiring Playfish. It’s really surprising to see that juxtaposition. That suggests this change is really happening fast.

KS: It’s not my place to talk about the broader changes at EA. We have seen this massive growth in social gaming in the past year. Who would have dreamed that six months ago you would see this kind of monthly active user base on Facebook? It went from 100 million to 250 million so fast in monthly active users. The growth in our area of the market has been tremendous, and we think it will continue going forward.

VB: The Facebook market seems like it is about creating great games, getting them noticed, and taking advantage of your momentum. Do you agree?

KS: We feel this market is characterized by distribution which is not driven by shelf space, or securing a place in some kind of physical catalog. It’s game play which is driven by social distribution. You have to create great games that people want to share with their friends. That’s ultimately what drives the success of a specific product. We do believe that scale does matter and gives us a significant advantage moving forward.

VB: If other companies have gotten successful copying what you do, does that bother you? How do you strategically respond to that?

KS: If you look at more mature console market, there are lot of first-person shooter games and driving games out there. At the end of the day, the franchises will stand out if they continue to invest in creating the best possible experience for the players. We are at an incredibly early stage for the market, which will be incredibly large and have a lot of exciting new categories. It will also have exciting existing categories, which are part and parcel of growing any part of the industry. We take our IP seriously. We try to create franchises which are relevant. That has been part of our core strategy from the start. 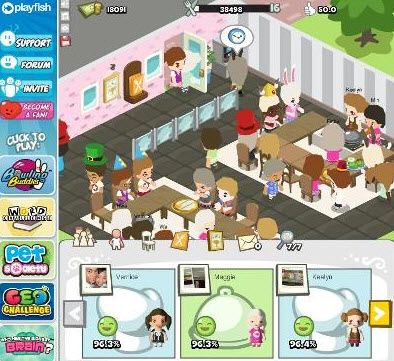 VB: 3-D graphics hasn’t taken off in the Facebook game market yet. Do you think it will?

KS: Ultimately, we focus on games where people play not because of what is happening on screen but what happens between friends and family as people play. That is a fundamental difference. The emotional reason why you get involved is not because it’s an immersive journey, with puzzles or narratives with lots of graphics that show what is happening in a fantasy world. Rather, it’s all about creating experiences that are enjoyed by friends together, like board games. It’s about how much fun can you have with friends. We believe that is the most important element of social games. I do believe that production values have gone up and they will continue to go up. But I don’t think they will have the same kind of pivotal impact on consumer adoption as they have had in the console market.

VB: Some game company acquisitions work and some don’t. What will you focus on to make sure this works?

KS: We focus on creating connected and social experiences between friends. We believe this combination will give us resources to accelerate our pace of growth.

KS: If you think of EA Interactive as a group, it consists of Pogo.com and EA Mobile and us. Both of those other groups have come into EA via acquisitions. They are both doing incredibly well. There is a successful formula to follow. We are passionate about doing what we do and leveraging what EA has.

VB: Observers in social games have made comparisons between Zynga, Playdom and Playfish in social games. They note that others are more prone to copycatting, they advertise more, and they do fewer original titles. They also have more people. How do you look at these comparisons?

KS: I think it’s an incredibly young space. We focused on creating player-friendly franchises. We think that franchises will matter in the broader future of the game industry. It’s about creating the best possible experience for players. Companies are taking different approaches, but ours is on the players. 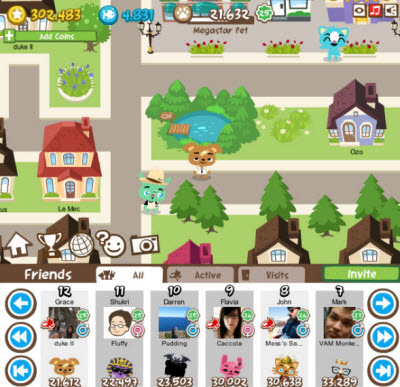 VB: Do you think you bear some resemblance to Nintendo and how they have had success with the Wii?

KS: Nintendo has been an inspiration in lots of ways. They had the original marketing insight of marketing the Wii not with huge explosions in games but by focusing on the fun that people had playing together. They have pictures of families playing together. They focus on the emotional experience of playing games with a broader range of people. That was an inspiration for us. We may be pioneers of social gaming online, but they have done the same in the offline games.

VB: Will you expand to more platforms beyond Facebook and the iPhone?

KS: We are on Facebook, MySpace, Bebo, Android, iPhone and a whole bunch of social platforms. We are exciting about putting more resources into more games and more platforms in general.

VB: Will you go to the consoles?

KS: We are excited about making investments in those areas and about bringing our franchises to other platforms. That said, we haven’t announced anything.

VB: Did you have many other choices besides teaming up with EA?

KS: We have known a lot of their people for a long time. I used to work with many of their people in the mobile space. We think this deal is a fantastic affirmation of everything we have done.

[The excitement in this industry is one of the reasons why we’re holding an executive event called DiscoveryBeat on Dec. 8 in San Francisco. The event will explore the secret recipe for getting your social game or mobile phone application “discovered” in an age of increasing noise. We’ll have Playfish Co-founder and President Sebastien DeHalleux speaking, among others. Get your early bird ticket by Nov. 20.]