Santiago, Chile-based Austral Capital is one of a growing number of Latin American VC firms making names for themselves. Thanks to aggressive support from the Chilean government, the less than two-year old company has funded several Chilean start-ups, including Atakama Labs, which I wrote about earlier today. And it’s also moved quickly to set up an office in Silicon Valley and hired Hiroshi Wald to run the show. Wald (pictured) said Austral’s Silicon Valley mission is two-fold: help Chilean entrepreneurs succeed in the U.S. market and also find worthwhile U.S. companies in which to invest. 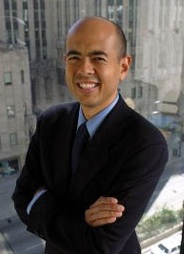 Wald is also the Program Chair of the MIT/Stanford Venture Lab. His prior positions include Managing Director at Competitive Insights and the Zeno Group. He also founded Zingdata, which Knowledge Networks acquired. He said in an interview that he is bullish on Chile and that there are “so few venture firms focused on Latin America but a lot of ideas coming out of the region.”

Austral’s founder and managing director Gonzalo Miranda also has Bay Area ties, as he earned his MBA at the University of California Berkeley. He now manages Austral’s $30 million fund raised from Chilean private investors and from a low-interest loan from the governmental Chilean Economic Development Agency, known as CORFO in Spanish, which was created in part to spur a venture capital industry there. In its short life-span, Austral has made six investments in the $1 million to $5 million range in early stage companies in technology and clean energy among other fields.

Miranda said the government investment has spurred venture capital activity in Chile. He estimates the country has 12 active funds participating with CORFO with approximately $300 million available to invest. Many are originally private equity firms but in order to receive CORFO funds, they have to demonstrate venture capital activity. About two thirds of Austral’s funds have come from the CORFO program.

Is the government involvement a good thing? After all, governments across the world have spent millions trying to replicate Silicon Valley, and few if any have succeeded, as Josh Lerner details in his new book about government-funded entrepreneurship, “Boulevard of Broken Dreams.”

Latin American governments in particular are known for throwing credits and money at failing companies and industries when allowing a proper death would often do them and the countries more good.

But Miranda said in an interview that, “the VC industry would not exist in Chile without CORFO,” and that “it’s not just about the money.” He argues that what is distinct about CORFO is that, “it is promoting the emergence of general partnership, and trying to create a critical mass of people who understand entrepreneurship and venture capital.”

At the same time he believes that the government’s role has to be temporary. In fact he says that most likely in the next fund that Austral raises, it will not take CORFO money. “Now we can take care of ourselves,” he added.

Another CORFO defender is Cate Ambrose, director of the New York-based Latin America Venture Capital Association. Chile has consistently ranked first in its annual Venture Capital Scorecard for the region (Venturebeat reported the results of the 2009 scorecard earlier this year).

Ambrose said that the CORFO program “is not industrial policy. CORFO backs fund managers and not companies or industries.”

As to whether or not Miranda is a sound manager, here is more detailed information on two of his firms’ investments, starting with its first investment in a US company.

For Seattle-based Bio-Architecture Labs, which received $3 million from Austral in July, technology plus seaweed may be the answer to energy problems. The company is developing microbes that will ferment seaweed into ethanol. It claims to have innovative computer modeling and a novel biosynthetic pathway to convert renewable feedstock into fuels. Both were developed at the University of Washington by Dr. David Baker and Dr. Yasuo Yoshikuni.

The company claims it can produce ethanol 40 percent cheaper than when it is made from Brazilian sugarcane. And in the future it plans to produce diesel, jet-fuel, and specialty chemicals.

According to company documents, it has already conducted a pilot study with the University of Los Lagos in Chile. It found that seaweed can be farmed there and converted into fermentable sugars for $0.08 per kg of sugar. When factoring in anticipated revenue from byproducts, that price would drop to $0.02 per kg of sugar. It believes it can be competitive with petrol at $25-30 per barrel.

Ayrault said in an interview that Chile’s advantages for this project are its long coastline and experience in aqua-farming and its academic expertise. He said that the company previously tried to raise money in the US but its choice of Chile to pilot its products turned off investors. Although last month, collaborating with Du Pont, it received a $9 million grant from the US Department of Energy’s Advanced Research Projects Agency-Energy.

Another Austral investment is Scopix, a Chilean company in retail analytics. It has developed video analytics for retail stores’ camera systems that measure various customer service indicators such as store personnel performance and queue lengths. It provides feedback in real-time, for example with what it calls “in-store alerts” to store managers’ mobile devices. It claims that it can help retail companies make money by having more efficient customer service. (Scopix, by the way, has a current partnership with Cisco Systems’ IP Video Surveillance — Cisco has provided the company with some $200,000 in hardware equipment to demo its technology.)

Scopix received $2 million from Austral and plans to have a Bay Area presence by next March.