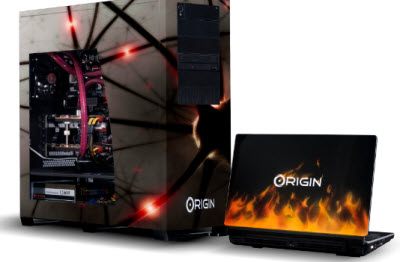 New hardware companies aren’t formed every day. But Origin PC, a new maker of computers for gamers, sees an opening in the market for computer gaming enthusiasts that it hopes to exploit.

It’s targeting hardcore PC game fans with machines featuring lots of custom options and airbrush paint jobs. The machines will have “overclocking” guarantees. That means they will have liquid cooling that allows the PC’s microprocessor to be run at higher than recommended speeds.

The Miami-based company is interesting because it has been created by former executives at Alienware, the original gamer PC company that was acquired in 2006 by Dell. The Texas-based PC maker took Alienware mainstream. But it doing so, it stopped catering to the custom needs of the hardest core gamers, offering fewer options for customization.

“Many boutique computer makers have lost their way, forgetting what’s important to gamers and becoming just another corporate entity,” said Kevin Wasielewski, chief executive of Origin. “The market was grown, and then vacated. We want to get back to our passion of building high-performance custom gaming machines.”

It’s an interesting maneuver, since this sector of the game industry has already passed through its consolidation phase. But Wasielewski says it’s as good a time as any to start a gamer PC company, thanks to the popularity of online games such as World of Warcraft and the expected arrival next year of Blizzard’s Starcraft II game. Windows 7 is expected to run games better than Windows Vista did as well.

Co-founders include Hector Penton and Richard Cary, but the team does not include Alienware founders Nelson Gonzalez and Alex Aguila. The Origin PC founders left Dell earlier this year 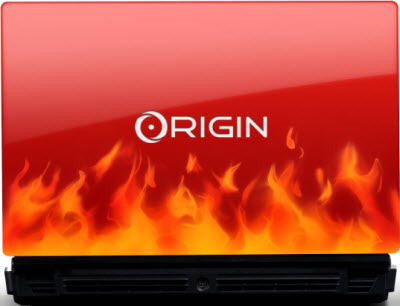 The company’s first two models are the Genesis Custom Gaming Desktop system and Eon18 Custom Gaming Laptop. Customers can use the Genesis chassis, or they can order any desktop chassis available on the market. The airbrush custom paint jobs will be one-of-a-kind hand-painted creations done by Killer Paint. The computers will be promoted by Fatal1ty, the top-ranked professional gamer.

This kind of custom job is what Alienware, founded in 1996, was created to do. It also competed with boutique gamer PC rivals such as Falcon Northwest and VoodooPC. Others have since joined the fray, but Dell’s acquisition of Alienware shifted that company into a more mass-market approach, while HP’s acquisition of VoodooPC has led to the dissolution of its custom gamer PC manufacturing business.

That’s why the founders of Origin see an opportunity.

Beyond the custom offerings, the Origin team will offer personalized lifetime phone and online support, as well as lifetime labor for repairs and upgrades. The company says it will put every system through an intensive three-day “burn-in” testing process which includes running performance benchmarks and installing the latest software drivers, which ensure that hardware components work in a system. 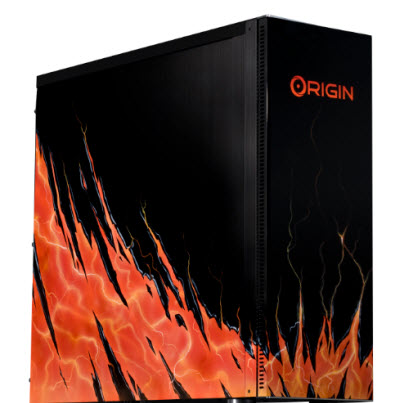 The systems are available starting today on the company’s web site for U.S. customers. Sales will also begin soon in Australia and Japan.

The Eon18 has a chassis with programmable gaming buttons, touch-sensitive access buttons, unlimited paint job options, and an 18.4-inch widescreen display. It will come with a Intel Core 2 Extreme processor, two Nvidia GeForce GTX 280M graphics chips, eight gigabytes of main memory, three hard drives, and a Blu-ray disk burner. Pricing starts at $2,599. It is aimed at gamers who want “portable domination.” The average price per customized PC is expected to be around $4,000.

Wasielewski said he would be happy doing about 100 custom computers a month during the company’s first year of business. The company has 12 employees and is funded by Wasielewski and his co-founders.

“It’s still possible to sell a $10,000 computer,” Wasielewski said. “The products are different than they used to be. But even in this economy, people want high-end products.”

The company isn’t seeking funding at the moment. Wasielewski said he will re-evaluate that after the launch.