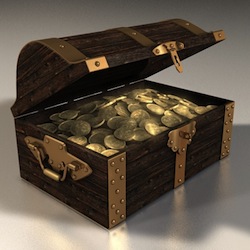 Folks wanting to identify the top venture capitalists will have to look at a new source from now on. Forbes’ annual Midas List, in which the magazine ranked the VCs who saw the best returns in the past five years, is reportedly dead. Meanwhile, online network and conference company AlwaysOn has released its own list, the 2009 Venture Capital 100.

Forbes’ decision to drop the Midas List was reported by peHUB, which said the news was confirmed by the magazine. The magazine didn’t give a specific reason for the decision, but peHUB notes that Forbes recently made another big round of layoffs. Among those who lost their jobs were Evan Hessel and Rebecca Buckman, both involved in the most recent list. (I’ve emailed Forbes to see if it has any additional comment.)

There had also been concerns that the Midas List was getting a bit predictable, with the same old names at the top. That would probably have changed next year, since the list covers five years of returns, and the Google IPO will have fallen beyond that horizon.

AlwaysOn, on the other hand, definitely isn’t stuck on the same names as the Midas List. Of the most recent Midas top 10, only three names even made it onto AlwaysOn’s top 100 — Sequoia Capital‘s Michael Moritz, SV Angel’s Ron Conway, and Greylock Partners‘ Aneel Bhusri. Midas’ number one VC, John Doerr of Kleiner Perkins Caufield and Byers, isn’t on the list at all.

AlwaysOn said it worked with Morgan Stanley, Venture Deal, and the 451 Group to look at the exits of more than 700 VCs in the last four years. I’d share the top 10, but the list isn’t ranked, which is much less fun. Among the winners highlighted by AlwaysOn’s press release were Kevin Harvey, Bill Gurley, Bruce Dunlevie, and Peter Fenton of Benchmark Capital; Roelof Botha, Douglas Leone, and Moritz of Sequoia; Sandy Miller and Todd Chaffee of Institutional Venture Partners; George Still Jr. of Norwest Venture Partners; Tim Draper of Draper Fisher Jurvetson; Mark Gorenberg of Hummer Winblad Venture Partners; and Woody Benson of Prism Venture Partners.

By the way, AlwaysOn chief executive Tony Perkins is a VC himself, but he’s not on the list.