Editor’s note: While it’s impossible to know the exact allocation of a developer’s resources, it is a certainty that they are finite. Omri asks what effect the massive success of Blizzard’s World of Warcraft may have had on Starcraft 2 and Diablo 3, and, also, what the possible success of Star Wars: The Old Repulic could mean for BioWare’s other titles. -James

Tracking the development of a video game often evolves into something of a specialized hobby; as a fan, it can impart savage loyalty to the game and its successes. For proof, just look at the blog entries of zealots all across the Internet.

A solid player count and fervent fan base can certainly prolong the lifespan of any game — especially online games like World of Warcraft —  but when does success, or even anticipation, begin to sap developmental resources and tip the scale away from a company’s other projects and intellectual properties? And if that does happen, is it OK?

MMORPGs may have the most dedicated fans of all game genres. Their support is similar to the way many communities bestow their local sports teams with almost god-like adulation.

In a recent article I wrote, I described my general dissatisfaction with the RPG genre. With regard to MMOs, I think I may have overlooked the value that these amazing, brimming social structures create by bringing together like-minded players. For myself, I have no qualms with firing up a late-night World of Warcraft session just to get my gab on; anyone who’s met me knows that my social life is basically the reenactment of the life of a crustacean. 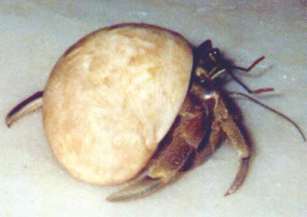 My hermitage aside, I can’t help but to harbor some trepidation about the release of titles that may hold gobs of success for their creators. Consider Star Wars: The Old Republic, the upcoming MMO from BioWare. The noted RPG makers has displayed a profound expertise in constructing well-received games (Dragon Age: Origins and Star Wars: Knights of the Old Republic).

Additionally, the infamous demise of Star Wars Galaxies has left many gamers clamoring for a return trip to that galaxy far, far away. Only this time, they want a trip done right.

The result? A formula for accomplishment like no other. Inevitably, comparisons between Star Wars: The Old Republic and World of Warcraft will arise as the game draws closer to release. And here my fears grow the strongest. Could BioWare become so engrossed with their first MMO — just as Blizzard may have — that their other projects are stuck with reduced development resources and delayed launch dates?

Public interest in World of Warcraft has floored the entire gaming world, not to mention the folks at Blizzard themselves. The game has garnered so much popularity that Blizzard has been forced to maintain continuous content updates. It’s possible that this is the reason that Diablo and Starcraft sequels have been such a long time coming. Sure, we’ve all seen the trailers and even gotten a taste of their gameplay at conventions and press conferences, but those trailers and demos seemed to take forever to materialize.

If BioWare follows suit, it’s possible that it could spell doom for any future games that this innovative developer might eventually get out the door. I can’t fathom the effect that a great Star Wars MMO might have on any future Mass Effect or Dragon Age entries.

Being the pessimistic pleb that I am, it’s likely that it’s nothing at all. But maybe it’s not.