Brought to you by: http://pixelatedobscurity.blogspot.com/

This past holiday weekend I was able to get my hands on the Xbox 360 version of Band Hero. Previously, my expectations consisted of me being disappointed and angered by the game and the extra plastic peripherals. However, this game was quite good and a spin-off worthy of the Guitar Hero brand. Let me break it down.

The gameplay is based on the standard set by Rock Band. Four people get together and take up a different role. One sings, one plays bass, one plays guitar (or two can both play guitars or bass), and one heads up the drums. It still keeps the standard format of the scrolling bar with the colored dots that are meant to be triggered with a specific button.

However, there are a few alterations. One of which is that the game is more oriented for a “mainstream crowd”. This means that the game has more “mainstream acts” than previous Guitar Hero games, such as Jesse McCartney, The All-American Rejects, Taylor Swift, 3 Doors Down, and Evanescence to name a few. Aside from that handful of artists, the track list is surprisingly diverse with songs also by the Jackson 5,The Kooks, Cheap Trick, The Rolling Stones, and Roy Orbison. Overall, a diverse and interesting song list with songs that nearly everyone will recognize.

Another alteration is the ability to change things during a song. Specifically, you are able to drop in and drop out during play, as well as adjust difficulty and change instruments. This makes for an easier and more streamlined experience. Say you want to play with the family and Dad is late? No problem, he can jump in during the middle of the song. Perhaps your little brother wants to play the drums, but isn’t very good? No problem, just set the difficulty to Beginner so he can play with only the foot-pedal. Also, say you boot the game up and you go to the title screen. On this screen a random song will be playing. If it’s something you enjoy and want to play you can choose to drop right in from the title menu. Like I said, a much easier, streamlined experience. 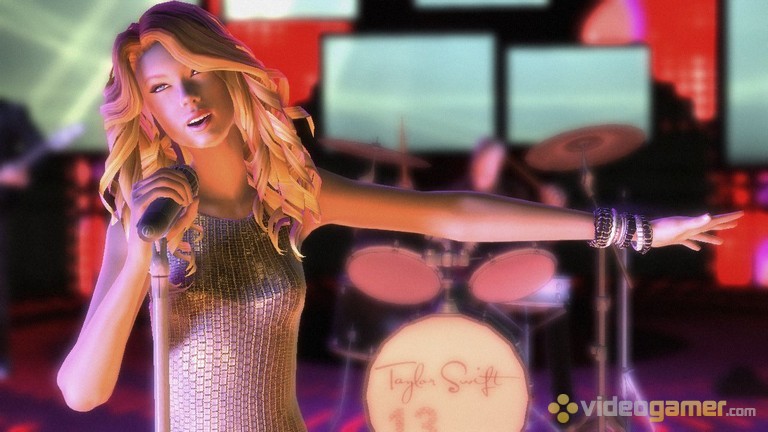 Out of all the music games out there, this game has the best presentation. This is, of course, my opinion, so it’s not exactly objective. However, there is something to be said about the flashing menu and loading screens and the much improved graphics during play. It wasn’t something I noticed right away, considering I was a little more focused on the music, but when I took a step back and didn’t play, it looked wonderful. I was playing it on a 42″ flat-screen and running it in 1080p and that definitely boosted the experience up. The animation is smooth and clean and the lip-syncing is perfect. Compared to my copy of Rock Band (which is on the PS2 and is run on a 17″ CRT monitor from 2001)  Band Hero is like a musical-game Crysis. 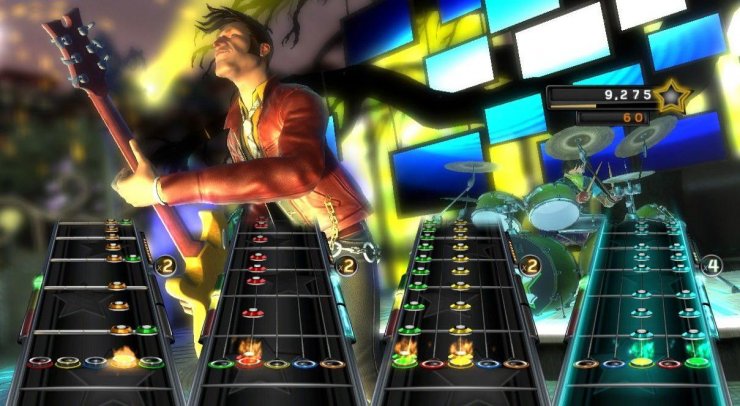 
Frankly, I wouldn’t say anything about the game is bad. For me there weren’t any game-related problems, but a few with the drums. Not that the drums are bad, by any means, just me. See, I’m a Rock Band man through and through. I love the Rock Band drums. They’re much simpler and I’m pretty good with them. But the Band Hero drums (which are the World Tour drums) are nearly mind-breaking for me. It’s really just the addition of the raised cymbals and the extra pad. So, a word of warning for long-time Rock Band players, start the Band Hero drums on easy. 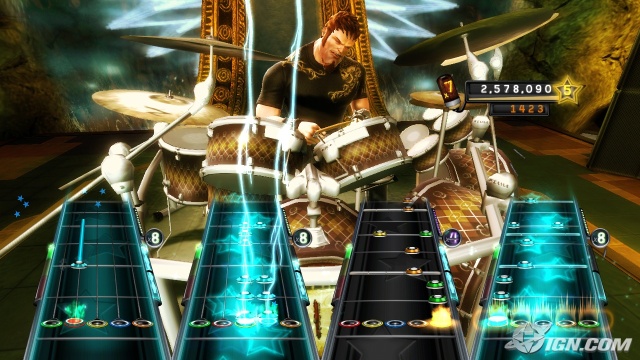 Overall, Band Hero was a very entertaining game with great presentation and reliably great gameplay. The only hitches were my own problems with the drum set.  It’s worth a rent at least, but I recommend buying it. It was a smart move from Activision (who thought I’d be saying that anytime soon?) to put a more mainstream setlist, and while they all weren’t songs that I particularly enjoyed, they were all very recognizable and fun to play. If I was to put it on any sort of rating scale, I’d give it a B+.