Editor’s note: Still more hilarious nerd conversation starters from Travis McReynolds. On deck: The Legend of Zelda, Star Fox, and Petz. Gotta say…this one’s the best yet, but don’t miss the awesome parts one and two as well. -Shoe

Maybe you’ve read “How to Make a Gamer Laugh” and are wondering, “When will any of this ever be useful?” After Thanksgiving on the drive back home with my wife, we stopped at a Taco Bell connected to a gas station (the classiest kind). The guy that put together our seven-layer burritos had a Tri-Force tattoo on his hand. I told him that, after kicking Ganondorf’s ass in like eight games, I was starting to feel bad for the guy.

Needless to say, I’d formed a bond with him that ensured I got more than the customary single pump of guacamole his laminated instructions called for. Vindication feels good.

If you’re interested in conversational ice-breakers that could score you a couple more ounces of guac or any other nerdly good or service, read on. Also, please let me know if any of these ever work for anyone out there in Bitmob land — I’m looking for a way to count this toward my public service hours. 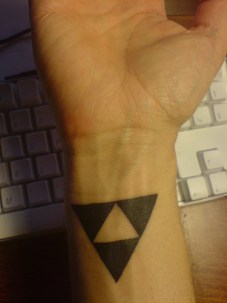 Nothing says “hardcore” like a tattoo. And nothing says “myparents wouldn’t get me a Sega” like a Tri-Force tattoo.

“If at first you don’t succeed, try, try again. Then quit. No use being a damn fool about it.” –W.C. Fields

To make his defeat even more demeaning, the method by which Link drops his bluish-green ass is inversely proportionate to Link’s age. An older Link might shoot him with an arrow, while toddler Link stabs him between his fucking eyes. That’s like Cormac McCarthy-novel cold-blooded. Too smart? How about this: That’s like Chuck Bass from Gossip Girl cold-blooded. 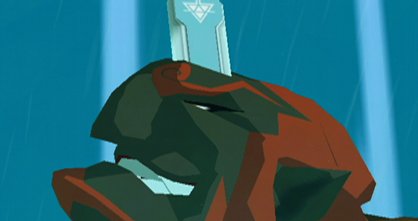 If neither of those references hit you, you’re welcome to get back to your thriving social life.

Shit, even Bowser wises up and joins in with Mario every couple of games — but not Ganon. Say what you will about him, but he’s dedicated. He spends years honing his combat skills, laying out evil plans, and scattering important items in dungeons; then some punk finds a wooden sword in a cave, and six hours later he’s back at square one. Ganondorf has to have some sturdy self esteem going on… maybe he took notes from Lebron James?

Ganon’s like the Brett Favre of action RPGs. Mention him and his incredible, almost depressing stick-to-it attitude anytime you see someone try and fail multiple times — you’re sure to make a friend. And, if you’re on an interstate exit in Macon, GA, you might even get some extra condiments out of the deal.

Fox McCloud is the leader of an elite fighter squadron and the title character of a popular Nintendo game franchise. Slippy Toad, Peppy Hare, and Falco Lombardi are not. Yet, when they’re in the cockpit they can’t seem to stop themselves from telling Fox what he should be doing as if they’re in charge. Instead of taking evasive maneuvers and firing at the enemy, they set their cruise controls and bark orders at Fox. It’s insubordination, and it’s total bullshit.

Do a barrel roll? How about you find a new job? You’re fired, jackass.

I’m sorry, I didn’t hear a “please” in there. Good luck with those missile barrages.

Why the hell does Fox put up with this bullshit? I’m no model employee, but I know enough to not order my boss around the office. Did the rest of the team not notice that, when they lined up to take the main menu picture, Fox stood in front? Maybe they hate being fighter pilots, but they can’t quit because then they wouldn’t be able to collect unemployment.

“Alright team, let’s get ready for another attack on Andross!”

“How about you get me a cup of coffee first. Two Splendas, non-fat milk. (Press R for non-fat milk, or I’m sending it back!)”

“I’ll need two humidifiers mounted in my cockpit and a better autopilot, and I should probably take some sort of flying lessons. Also, I just shit my pants. Help, croak!”

“Do you even care about how I feel? Always second best to the great Star Fox? Sometimes I stay up late, listen to Slipknot, and cut myself. I’m a goddamn falcon, and I suck at flying.”

Bring this one into conversation around gamers who don’t seem to get the pecking order (which, for the record, is Star Wars nerds, Star Trek nerds, then Battlestar Galactica nerds — Babylon 5 nerds no longer exist outside of captivity).

If someone ever questions your position in a professional setting just let them know you don’t do barrel rolls for anyone. Any gamer will get the picture, and even non-gamers should be freaked out enough about your knowledge of aviation techniques that they’ll yield to you at the copier from then on.

Petz: Dogz 2 is the best way to show a child you hate him

Giving a child Petz: Dogz 2 instead of an actual puppy is like telling him you’re taking him to Disneyland and, instead, hitting him open-handed in the mouth — it is the domestic abuse of the video game world. I can think of no better way to lower a kid’s self-esteem than to let him know you don’t trust him to care for an animal by making him sit through a series of crappy mini-games.

Besides, if movies and television have taught me anything, it’s that you can’t intentionally fuck your kid up. If you try, they’ll just end up becoming Johnny Cash or Eminem or any stand-up comic that ever lived. 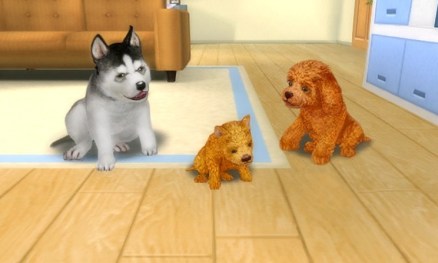 All the tedious responsibility of owning a dog without the unconditional love.

Another thing I notice about this title: the number 2. This means that Ubisoft published Petz: Dogz, and people were tolerant enough of shitty spelling to buy enough copies to justify a sequel. In fact, the first Dogz title inspired a whole Petz series which also includes Catz, Horsez, Monkeyz, and various spin-offs like Petz: Sports, Petz: Horsez Club, and Petz: Rescue Wildlife Vet. How can games with such abhorrent spelling sell so well?

This is headed to retail shelves; you couldn’t bother with a quick spell check?

The answer is Tallahassee, Florida. My buddy Luke is attending law school down at FSU, and my wife and I went for a visit not too long ago. The whole town is frozen in time circa 1999. People still listen to Christina Aguilera, collect Beanie Babies, and use AOL. I had a great time, don’t get me wrong — but all of the signs and advertisements reeked of late-’90s ‘tude.

‘Tude is the marketing term applied to any message that tries to come across as young and hip but ultimately fails as it was created by a bunch of old white guys. Pluralizing with the letter “z” is the number-one red flag that you’re dealing with ‘tude. Observe the following two examples straight out of Tally: 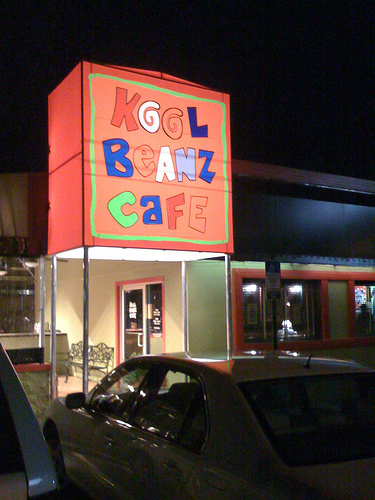 This is a popular (no, really) restaurant in Tallahassee. Note thetwo misspellings. It’s like a secret language only ‘Noles understand. 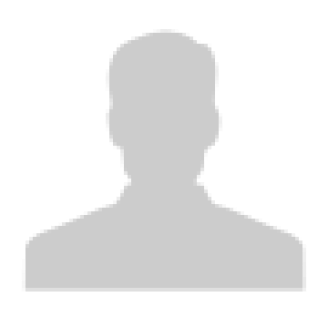 Another prominent business, especially in a college town. They’ve combined poor spellingwith poor grammar creating what is referred to as the “North Florida Deuce.” Impressive.

So if you or any of your friends receive a Petz title this holiday season, you can thank Florida State University. They’re backwards-ass trends made it OK for your grandma to buy you Petz instead of pets. Thanks, Bobby Bowden.